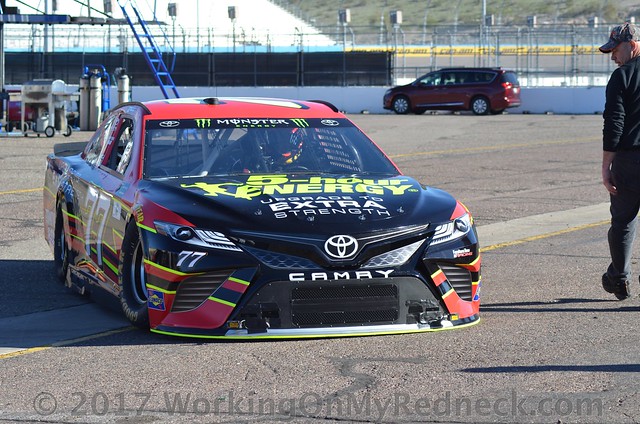 Though Erik Jones grew up in Byron, Mich., 70 miles northwest of Detroit, it’s the home cooking at Phoenix Raceway he has been waiting to taste for the past eight months.

The driver of Furniture Row Racing’s No. 77 5-hour ENERGY Extra Strength Toyota believes Sunday’s Can-Am 500 as the best opportunity in the season’s final two races to capture his first NASCAR Cup Series victory. He has very good reason to think so.

In 11 races at Phoenix Raceway in NASCAR’s top three series, Jones has never finished outside the top 10. He earned his first career Camping World Truck Series victory there in 2013 and repeated in 2014. The 21-year-old has also tallied four other top-five and five more top-10 finishes. Two of those top-10 finishes were a ninth in just his third NASCAR Cup Series race, subbing for Matt Kenseth in November 2015, and an eighth earlier this year in his Furniture Row Racing debut there.

“Winning that first Truck race in 2013 was huge and cemented for me that Phoenix Raceway is a special place,” said Jones. “I’ve just felt comfortable racing there from the beginning and that gives me that much more motivation. We were running fifth late in the race earlier this year and I thought we had a shot at the win until that final caution shuffled us back a little. I know we can win there so it’s just a matter of execution and catching a break or two.”

Jones also knows how to get the job done in qualifying. Three times each he’s earned the pole, second place, or third place on the starting grid. Both of his NASCAR Cup Series starts have been in the top 10, qualifying eighth earlier this season and seventh in 2015.

“I’m just so proud of how far this 5-hour ENERGY Toyota team has come this season,” said Jones. “We started the year out with the speed we needed from TRD (Toyota Racing Development) to run up front. Racing in the Cup Series has been a learning process for all of us and by the middle of the season I felt like we got better about what we needed to do to be more successful and compete for a win. So it’s been awesome to see the progress we’ve made with a brand new team.”