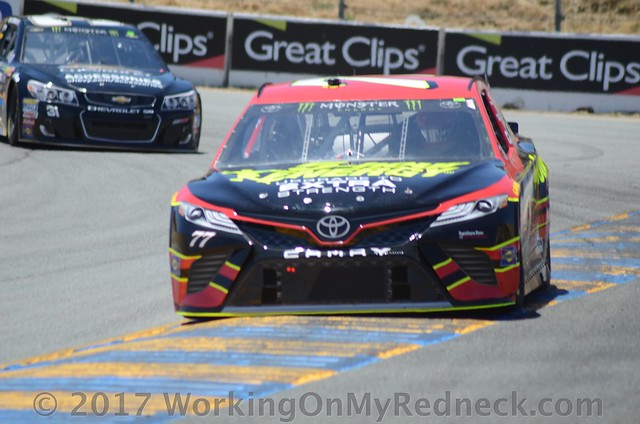 Erik Jones: “Texas is a track where I really enjoy racing and where I’ve seen a lot of success in both the XFINITY and Truck Series. I’ve had Texas circled on the calendar as a place where we should run well and contend for a win. We didn’t have the best finish earlier this season at Texas, but as a team we’ve come a long ways since April and I think with a little luck, we can run up front and have a shot at the end in the Sport Clips Camry. I got my high school diploma at Texas a few years ago and my first win in the XFINTIY Series, so Texas holds a lot of special memories for me and it would be cool to add my first Cup win to the list.”

Sport Clips Haircuts is headquartered in Georgetown, Texas. It was established in 1993 and began franchising in 1995. The sports-themed haircutting franchise, which specializes in haircuts for men and boys, is ranked by Entrepreneur Magazine as one of the “Fastest-Growing Franchises” and in the top 10 in its “Franchise 500.” There are more than 1,600 Sport Clips stores open in the U.S. and Canada. Sport Clips is the “Official Haircutter” of the Veterans of Foreign Wars (VFW), offers veterans preferential pricing on haircuts and franchises, and was named a “2016 Best for Vets: Franchises” by Military Times. Sport Clips provides “haircuts with heart” through its annual Help A Hero fundraiser that has given $5 million to the VFW; national partnership with St. Baldrick’s Foundation, the largest private funder of childhood cancer research grants; and other national and local philanthropic outreach. Sport Clips is a proud sponsor of Joe Gibbs Racing’s NASCAR driver Denny Hamlin and Furniture Row Racing’s Erik Jones, and partners with numerous NCAA and professional sports teams. To learn more about Sport Clips, visit sportclips.com.

TIL NEXT, I AM STILL WORKING ON MY REDNECK!