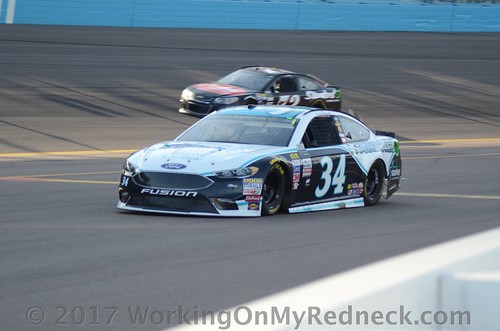 “Martinsville is one of those tracks that Front Row Motorsports always look forward to. The team’s had some good runs there, and we always like to see what we can bring there. I drove the Ford wheel force car at a test in Martinsville a couple weeks ago. And while it’s more about learning about the tires and not trying things to make the car go faster, I learned a few things that I think I can apply. We’ll have CSX back with us promoting the message to ‘Play It Safe’ around railroad tracks, so we definitely want to have a good day with them.

“Everybody keeps talking about racing under the new lights at Martinsville. I think it would be fun. I don’t know that they could schedule a late-day race in March or October, though. I grew up racing in Wisconsin, so for me, there’s nothing wrong for the driver to race in 40-degree weather. But maybe not so much the fans.”