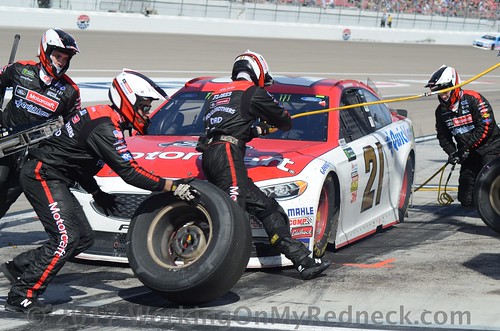 Stage racing, instituted by NASCAR officials at the beginning of the season to inject drama into the early portions of races, has had a major impact on how race teams plan strategy.

For drivers and teams in the Round of 12 in the playoffs, this weekend’s race at Talladega Superspeedway could see stage racing take on even greater importance.

In years past, some teams often chose to ride around in the rear of the pack at Talladega, hoping to avoid being collected in one of the points-killing, multi-car crashes that seem to occur on a frequent basis at the giant Alabama track.

Ryan Blaney, driver of the No. 21 Motorcraft/Quick Lane Fusion, pointed out in an interview session at Martinsville Speedway that there will be no riding around early on for him and his fellow playoff contenders.

“It really hurts you when you don’t get any of those points, so I think a lot of teams are going go out there and be pretty aggressive at Talladega, trying to get some stage points,” Blaney said.

“I know we’re going have to be aggressive because you can take a big swing in the points if you can do well or if you do bad at them.”

For most of the 2017 season, Blaney and the Motorcraft/Quick Lane team have been successful in running up stage points. He’s scored those bonus points in 22 races for a total of 175 points.

“You have to start off these races so good to try to run up there and collect those points,” Blaney said. “We’ve done that. We know how to do it.”

Blaney enters Sunday’s Alabama 500 11th in the championship standings but just five points behind eighth place, and the top eight will advance to the next playoff round after the Oct. 22 race at Kansas Speedway. He’s hopeful that the speeds shown by Ford in recent restrictor-plate races will continue this weekend.

Ford drivers have won all three restrictor-plate races this season and seven of the past 10 races at Talladega including the past four straight. Blaney has had restrictor-plate success as well, finishing second in the season-opening Daytona 500.

“The Fords have been really fast this year at the speedways,” he said. “They’ve won every single one of them this year, so that’s pretty encouraging to know.

“We’ve always had a great speedway program – Ford in general – so I think that’s a huge testament to not only the teams at getting the cars ready, but that’s a huge statement for Roush Yates. They’ve done a great job of getting the motors to where we need to be on the speedways, so that’s always nice to know.”

What’s not nice to know is the possibility of being swept up in one of the multi-car crashes that seem to happen regularly in the giant packs of cars that are an inevitable part of restrictor-plate racing.

“You just try the best you can to try to position yourself to where you don’t have to try to avoid anything, but you never know what can happen,” he said. “I don’t really think about even the second-place run at Daytona. I don’t really even think about that one because it’s a whole different game.

“You can never really go in there with a game plan. You do the best you can, but everything changes when the green flag drops.”

Qualifying for the Alabama 500 is set for Saturday at 3:15 p.m. Central Time (4:15Eastern) and the race is scheduled to get the green flag just after 1 p.m. (2 p.m.Eastern) with TV coverage on NBC. 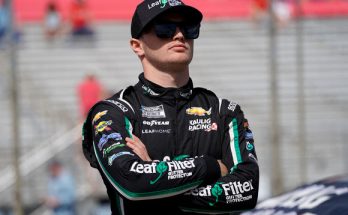 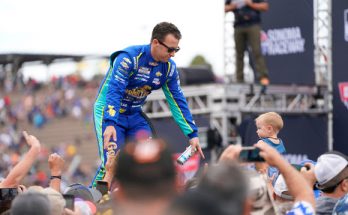 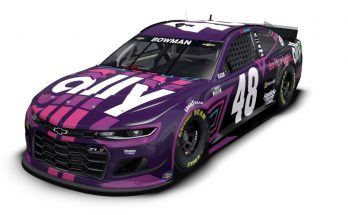