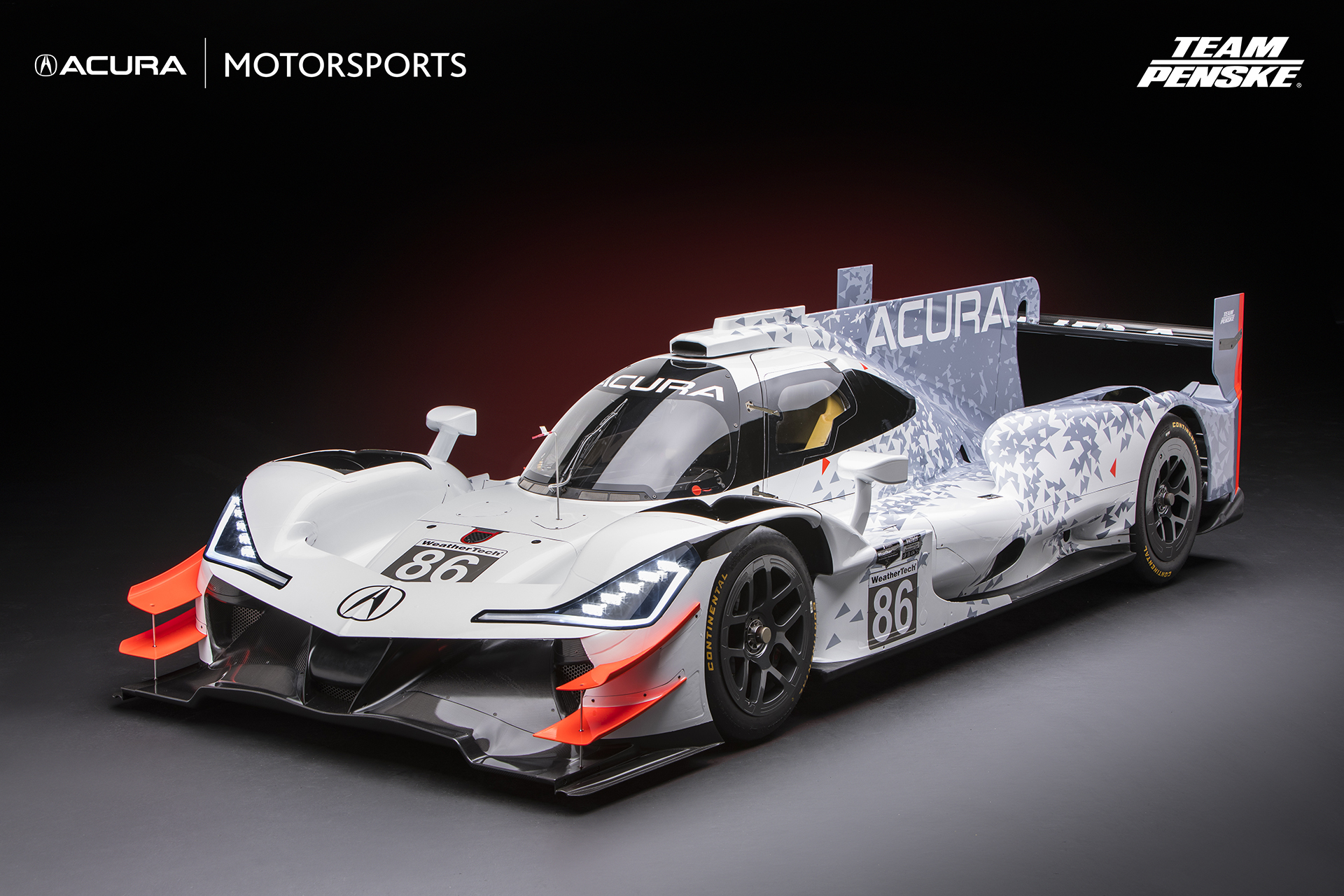 Acura Team Penske completed its full-time sports car driver lineup today, as the organization announced that recently-crowned IMSA Prototype Champion Ricky Taylor will race in the Acura ARX-05 Daytona Prototype International (DPi) program beginning in 2018. Taylor will team up with Helio Castroneves in one of the team’s two full-time entries in the IMSA WeatherTech SportsCar Championship next season.  They will join the previously-announced pairing of Juan Pablo Montoya and Dane Cameron.

In addition, Graham Rahal and 2016 Verizon IndyCar Series Champion Simon Pagenaud will join the program as endurance drivers when the team makes its competition debut with the new Acura prototype sports cars at IMSA’s 2018 season-opening Rolex 24 at Daytona in January and the 12 Hours of Sebring in March.

“Adding a champion sports car driver in Ricky will help our team grow and develop,” said Roger Penske. “Ricky had a phenomenal season in 2017. He brings a great deal of sports car experience and his knowledge of the cars, the race tracks and the series overall will be a big benefit to our team. Having that experience, along with the winning pedigree of Helio, Juan and Dane, provides a great platform as we launch the Acura Team Penske program next season. When you add Simon and Graham for the endurances races, I feel like we have a strong lineup for Daytona and Sebring.”

“We are really excited to have three more great drivers join the Acura Team Penske program and round out our lineup for next season,” said Art St. Cyr, President of Honda Performance Development. “Ricky will be a great addition and putting him with Helio will make for a formidable duo to join the other team of Juan and Dane. Then, you add Simon and Graham, who have each driven for Acura in the past, we couldn’t be more excited about getting the ARX-05 ready to go for Daytona.”

At Petit Le Mans, Taylor clinched the 2017 IMSA WeatherTech Sports Car Championship Prototype title racing alongside his younger brother Jordan. Wayne Taylor Racing enjoyed a dominant start to 2017, winning a record five-consecutive races to start the season, including the Rolex 24 at Daytona and the 12 Hours of Sebring. Ricky has earned 19 wins in prototype competition since 2008.

His first opportunity to work with Team Penske came in February of this year when he tested the Indy car, normally driven by Pagenaud, at the Homestead-Miami Speedway road course.

“It was a great experience getting a chance to test an Indy car with Team Penske, but to get a call from Roger Penske offering the opportunity to drive one of his race cars full time –  well, that’s a life-changing opportunity,” said Taylor. “We have had a lot of success in the IMSA WeatherTech SportsCar Championship the last few seasons with my dad’s team, including winning both the Rolex 24 at Daytona and the Championship this year. I’m definitely ready for the next challenge in my career and I couldn’t be more excited to join Team Penske and work with Helio, Juan and Dane to launch the new factory Acura effort and start winning with the ARX-05 in 2018.”

In addition to his IMSA racing experience, Taylor has raced in the prestigious 24 Hours of Le Mans four times, with a best finish of 14th overall (2014) and fifth in class (2013).

Known more for his six-career wins with the Verizon IndyCar Series and Rahal Letterman Lanigan Racing, Rahal has competed in sports car competition since 2006, primarily filling in as an endurance driver at the longer events like Daytona, Sebring and Road Atlanta.  He was part of the overall winning prototype effort at the 2011 Rolex 24 at Daytona for Chip Ganassi Racing.  He has competed in GT2, GTLM and GTD classes over the course of his sports car career, most recently running an Acura NSX GT3 for Michael Shank Racing at this year’s Rolex 24.

“This will be a dream come true to get to race in the Rolex 24 at Daytona and 12 Hours of Sebring for Roger Penske, someone who not only means a lot to sports car racing, but motorsports in general,” said Rahal.  “I’m excited for the opportunity and I really look forward to racing the Acura ARX-05. I’ve been fortunate enough to race with the Acura brand already and had a good time running the Acura NSX at Daytona this past season.  It’s exciting to move to an Acura prototype for next year’s Rolex 24.  I’m going to do everything I can to help my teammates and hopefully get my second overall win in January.”

Pagenaud has a vast background in sports car competition. The French driver earned 10 American Le Mans Series wins between 2009 and 2013, including a class win in the 2010 Petit Le Mans while racing for Acura.  In addition, he earned four wins while driving for Peugeot, including two at Spa and two at Silverstone.  He is also a former pole sitter for the 24 Hours of Le Mans.

He joined teammates Montoya and Castroneves as Team Penske competed last weekend at the 20th Anniversary Petit Le Mans with an ORECA LMP2. The Team Penske trio won the overall pole for the event and completed all 10 hours, finishing on the podium in the third position.

“I’ve been hoping for the opportunity to work with Team Penske in the endurance races for next year and I’m excited to get the opportunity,” said Pagenaud.  “We had a strong first showing at Petit Le Mans last weekend and I feel like the team is on the right track. All of the drivers had some rust to knock off driving these types of cars and the team got a lot of great experience.  I love driving sports car and it makes me a better driver over in INDYCAR as well.”

HPD was founded in 1993 to spearhead American Honda’s entry into Indy car racing.  No other manufacturer has matched the company’s success in Indy cars, which includes 225 race victories, 15 drivers’ championships, six competitive manufacturers’ championships and 12 Indianapolis 500 victories since 2004.

HPD, Acura and Honda have a history of success in endurance sports car racing, with more than 100 prototype victories since 1991, including either class or overall victories at the Rolex 24, 12 Hours of Sebring, 24 Hours of Le Mans and Petit Le Mans. Acura and HPD swept all prototype championships in the 2009 American Le Mans Series; and won the North American Endurance Championship manufacturers’ title in 2016. Prior to the founding of HPD in 1993, Acura won 25 races and three consecutive IMSA Camel Lights Championships from 1991-93

HPD’s Acura and Honda engines have recorded 78 race wins at endurance sports car races around the world, with 70 of those victories coming in the HPD-developed line of sports prototype cars.  For more information about HPD and the company’s racing product lines, please visit http://hpd.honda.com. 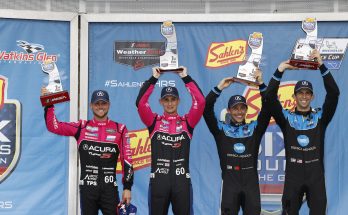 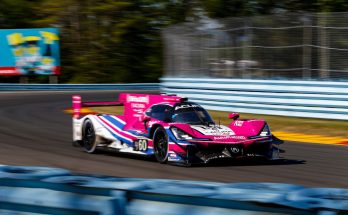 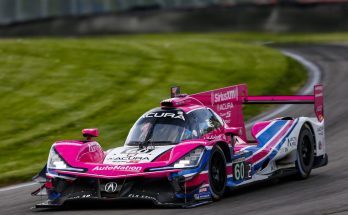