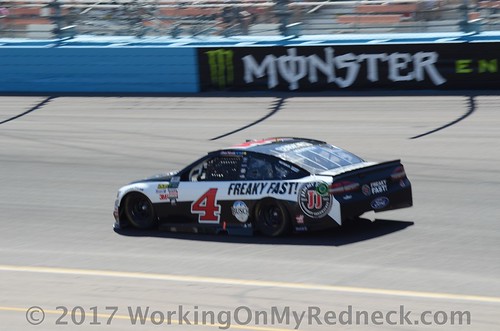 But late in the race, when the traction compound applied to the track began to lose some of its bite, Harvick couldn’t run his preferred line as effectively and finished third behind winner Martin Truex Jr. and Elliott. A slow stop near the end of the race—on Lap 327 of 337—also proved costly, to the tune of four positions.

“That’s about where we were going to run, second or third,” Harvick said. “We just kind of lost a little bit of the track there as the VHT (traction compound) started to wear off in the second half of the race.”

From a restart on Lap 284 to a caution on Lap 325, Harvick chased Truex relentlessly, closing up to his bumper in Turn 3 roughly midway through the run. But Harvick couldn’t pass the eventual race winner.

“I would get close, and then I would get loose, and as the day went I just got looser on the entrance to the corners,” said Harvick, who led a race-high 149 laps. “The car started bouncing really bad and started losing grip as the VHT went away and kind of lost what I had at the beginning of the race – to arc it into the corner and do all the things I needed to do to get through the middle of the corner and be in the throttle.

“I knew where I was running was kind of questionable as to how long it would last, and the entry was the first part that gave up for me, and I just had to be really cautious getting in there. that’s why I lost my speed from the first half of the race.” 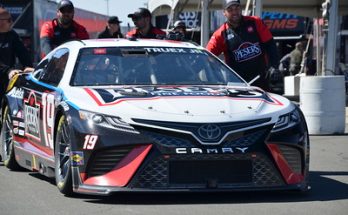 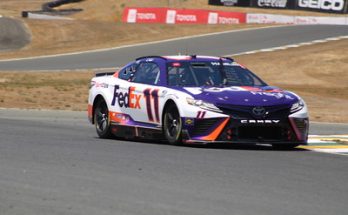