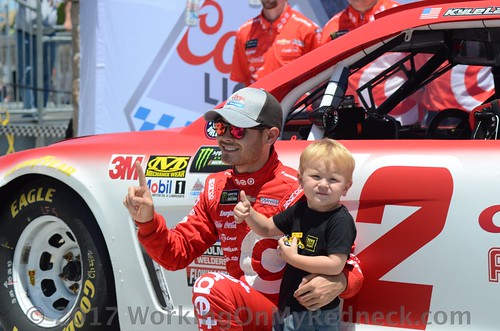 Kyle Larson was satisfied with his Round of 16 performance, but knows he has plenty of work left in the Monster Energy NASCAR Cup Series Playoffs.

“Even though we started the playoffs with a pretty nice cushion, and looked good to make the next round, I was glad to see our Chevys were strong throughout the first round and we had three solid finishes,” said Larson, who enters the Round of 12 third on the Playoff Grid, 24 points ahead of Ricky Stenhouse Jr. on the cutoff line. “It’s great to have both me and (Chip Ganassi Racing teammate) Jamie (McMurray) through to the second round, but I know things are going to get more intense for us in this round.”

The intensity he mentioned starts with the Round of 12 opener – Sunday’s Bank of America 500 at Charlotte Motor Speedway.

In eight career starts at Charlotte, Larson has one top five, two top 10s and a 19.8 average finish. He placed a career-track-best fifth in last season’s Charlotte fall race. Larson finished 33rd in this year’s May race after wrecking out of the competition.

“Charlotte has been kind of a hit or miss track for me, but I’m usually pretty good during the day there, so hopefully a day race will favor me,” Larson said.

“We obviously want to win in each round and not have to worry about the points, but if we can continue to be consistent and finish around the top-five, we should put ourselves in a good position to move on.” We just need to stay focused and work to be mistake free this weekend.”