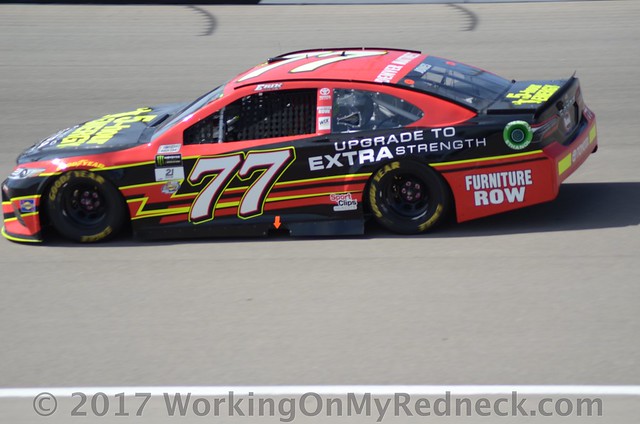 Erik Jones battled an ill-handling No. 77 SiriusXM Toyota throughout Sunday’s Apache Warrior 400 at Dover International Speedway but his determination paid off with a well-earned 12th-place finish.

Jones maintained 19th place in the NASCAR Cup Series point standings after 29 races. His 728 points is 13 behind Joey Logano in 18th and 22 behind Clint Bowyer in 17th. He is 75 points ahead of Daniel Suarez in 20th.

“The SiriusXM Toyota was always way too tight firing off regardless of what we did,” said Jones. “Just a frustrating day. I had to chase it up the hill in the turns all day. It was like I was skiing on the track all day. Just frustrating. Somehow we were able to salvage a 12th-place finish out of it.”

Jones lined up on the outside of Row 5 for the start of the 400-mile race. The handling of the 77 SiriusXM Toyota was tight from the green flag and stayed that way throughout the first two stages despite numerous chassis and air pressure adjustments. Jones was scored 17th at the conclusion of Stage 1 and 11th after Stage 2.

Quick work by the Furniture Row Racing pit crew put Jones back on track 10th to start the final stage on Lap 249. He maintained that position until lead cars began to pit under caution on Lap 320.

Jones cycled out in 12th place after a final green-flag stop on Lap 334 set the stage for run to the checkered flag.

The handling issues continued throughout the balance of the event. Jones maintained his position to take the checkered flag 12th.

The race had four cautions for 24 laps and a red flag for nearly 16 minutes. There were 15 lead changes among six drivers.