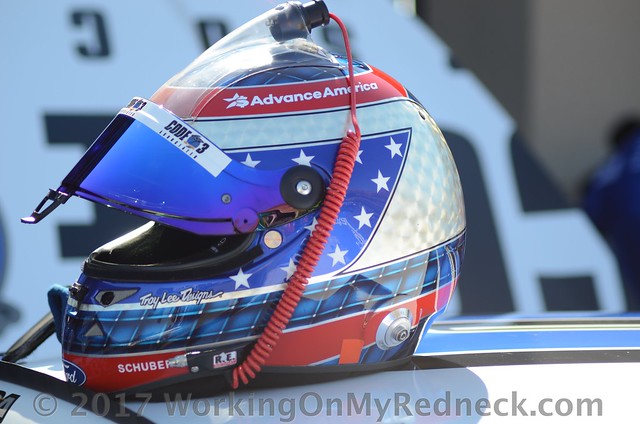 ● The No. 10 Ford Warriors in Pink Ford Fusion team dropped to 30th on the initial start. Patrick was able to race her way back up to 26th. She went a lap down to the leader at lap 71 but cycled back onto the lead lap as teams started making green-flag stops 10 laps later. Crew chief Billy Scott called Patrick to pit road at lap 86, but her spotter called it off as the caution flag waved before she got to pit road.

● Patrick restarted from the fourth position at lap 92 and remained in the top-five through the end of the stage.

● The No. 10 team pitted under caution at lap 89 for four tires and fuel, and again at lap 123 for tires, fuel and an air pressure adjustment.

● Patrick dropped back to 15th by lap 150. When the team pitted under caution for tires, fuel and adjustments at lap 169, she restarted in the 20th position at lap 173.

● She was able to pick up one spot before the end of the stage. The team pitted between stages for tires, fuel and adjustments.

● Patrick started the final stage from the 18th position and fell to 20th before green-flag stops started at lap 318. The No. 10 Ford Warriors in Pink team elected to stay out until lap 335 for its final stop of the race. Patrick pitted from the sixth position for tires, fuel and adjustments.

● Once the field cycled through green-flag stops, Patrick was scored in the 18th position, one lap down to the leader. In the closing laps she maintained her position and took the checkered flag in 18th.

● Patrick earned 25 points in Sunday’s race at Dover International Speedway, which puts her at 440 total points for the season thus far. She is ranked 27th in the driver point standings.

● There were four caution periods for a total of 24 laps.

● Kyle Busch won the Apache Warrior 400 to score his 42nd career Monster Energy NASCAR Cup Series victory, his fourth of the season and his third at Dover International Speedway. His margin of victory over second-place Chase Elliott was .357 of a second.

● Martin Truex Jr. leads the championship standings with 3,059 points and has an 18-point margin over his nearest pursuer, Busch.

Danica Patrick, driver of the No. 10 Ford Warriors in Pink Ford Fusion for Stewart-Haas Racing:

“We’d hoped to get a top-15 run today, but it just didn’t work out in the end. We needed just a little bit more, but overall it was a solid day for the Warriors in Pink Ford team.”