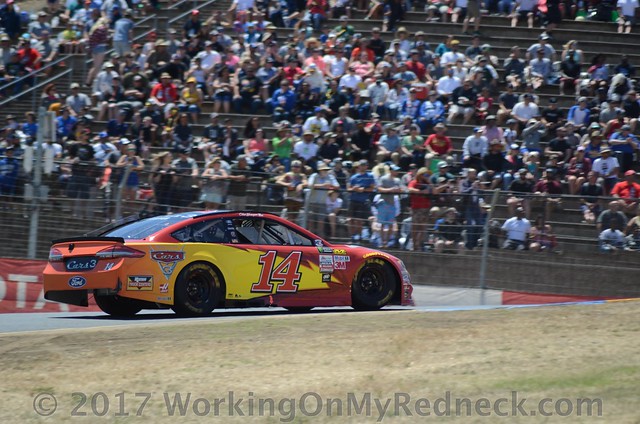 ● Bowyer pitted under green for tires and fuel on lap 84, but a lap-87 caution dropped him off the lead lap.

● NASCAR stopped the race for the lap-87 wreck to repair a pit-lane wall.

● Bowyer took the wave-around and returned to the lead lap.

● Started 16th and finished 10th to earn one stage point.

● Crew made small air pressure adjustments to improve the handling at the end of the stage.

● Raced in eighth with 110 laps to go and turned the quickest lap on the track with 100 laps remaining.

● Pitted under green with 75 laps left in the race.

● Bowyer climbed as high as fifth in the closing laps.

● Bowyer finished 10th in Stage 2 to earn one bonus point.

●  There were four caution periods for a total of 24 laps.

●  Kyle Busch won the Apache Warrior 400 to score his 42nd career NASCAR Cup Series victory, his fourth of the season, second in a row and third at Dover. His margin of victory over second-place Chase Elliott was .357 of a second.

“We had a really good car today. That first caution didn’t help, and that put us a lap down. We battled back pretty well. We seemed to have our balance shift in waves today. First it’s too tight, then too loose, then back again. It wasn’t a win, but it was a good day.”

The next event on the Monster Energy NASCAR Cup Series schedule is the Bank of America 500 onSunday, Oct. 8 at Charlotte (N.C.) Motor Speedway. The race starts at 2 p.m. EDT with live coverage provided by NBC, PRN Radio and SiriusXM NASCAR Radio channel 90.