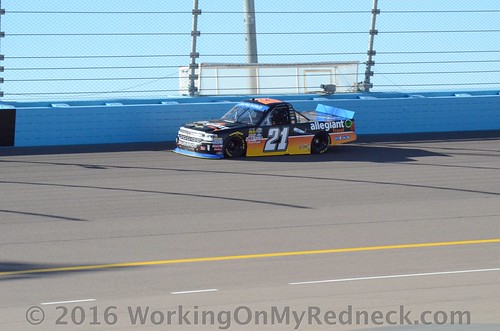 Pit road speeding penalties, loose lug nuts, commitment violations and pit crew snafus thwarted the efforts of those who expect to contend for the championship and those who simply hope to survive the first round.

The eight Playoff drivers in the NASCAR Camping World Truck Series, who start their championship runs in Saturday’s UNOH 175 at New Hampshire Motor Speedway were playing close attention to the trials and tribulations of the Cup drivers at Chicagoland.

With the last four drivers in the Truck standings separated by four points, those in the most imminent jeopardy of elimination were particularly attuned to the proceedings.

“You can race your way out of this first round a lot more than you can race your way in,” said Austin Cindric, who enters the weekend sixth in the standings. “We only have to beat two other competitors, and I feel like the worst thing you can do is make a mistake, either if it’s on pit road or on the track.

“I think your finishing position is just a critical as your stage points, as we’ve seen throughout the year. Just to be able to run consistently throughout the three (races) of this round I think is going to be the most critical thing you can do.”