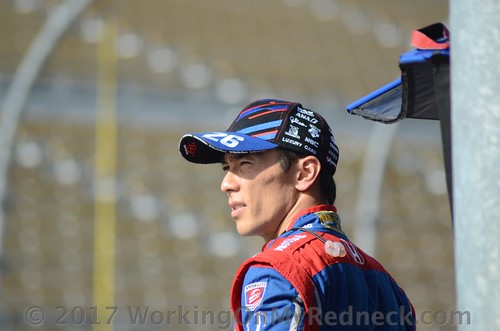 Rahal Letterman Lanigan Racing announced today that reigning Indianapolis 500 champion Takuma Sato will return to the Verizon IndyCar Series team in 2018. Sato drove for the team in 2012, when he famously dueled eventual winner Dario Franchitti on the final lap of the Indy 500.

“I’m excited about having Taku back with us,” said Bobby Rahal, co-owner of Rahal Letterman Lanigan Racing with David Letterman and Mike Lanigan. “I have such admiration for his spirit and how he approaches everything and was so happy for him when he won the Indy 500 this year.

“The chance to bring him back to the team was too good to pass up. He and Graham get along very well and we will have two strong cars that can win any race in 2018. I think that will give our team a great chance at being contenders in every race, but it’s also going to give each of our drivers a chance to have their best years ever. I’m excited about it and even though the 2017 season just concluded, I can’t wait for the 2018 season to start.”

Sato, a native of Tokyo, has made 135 starts in the Verizon IndyCar Series since his rookie season in 2010. He has two race wins — the 2013 Toyota Grand Prix of Long Beach in 2013 when he was with AJ Foyt Racing and the 101st Indianapolis 500 presented by PennGrade Motor Oil as a member of Andretti Autosport in May. In addition, he has earned seven Indy car poles and led a total of 471 laps. He drove for Rahal Letterman Lanigan Racing in 2012, with a best finish of second at Edmonton and third at Sao Paulo.

Prior to joining the Verizon IndyCar Series, Sato competed in 90 Formula One races between 2002-2008 with his highest finish of third at the 2003 United States Grand Prix at the Indianapolis Motor Speedway road course.

“I am extremely happy to be back with Rahal Letterman Lanigan Racing,” Sato said. “Bobby, Dave and Mike have always been very supportive of me. The team has been ultra-competitive the past few seasons. I can’t wait to be a part of it in 2018. I think we can achieve some great things together.”