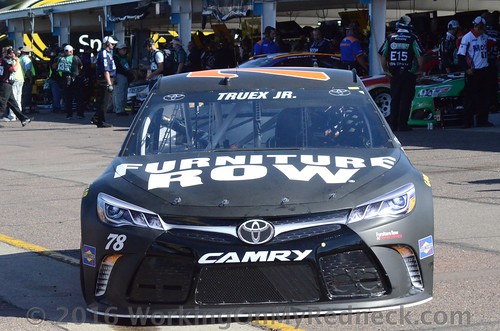 Martin Truex, Jr. continued his winning ways in the Monster Energy NASCAR Cup Series Playoffs opener by taking the checkered flag at Chicagoland Speedway – his second consecutive victory. Because of his win, he advances to the second round automatically.

Truex increased his series-leading playoff point total to 58. Kyle Larson has the next-highest total with 33.

He’ll go for back-to-back wins in the 2017 Playoffs in Sunday’s ISM Connect 300 at New Hampshire Motor Speedway. Truex has four top fives, nine top 10s and a 13.3 average finish in 23 starts at New Hampshire. He placed third there in the spring.

Just as an FYI:

Ricky Stenhouse Jr.’s 25th-place finish was the lowest by a Playoff driver at Chicagoland.