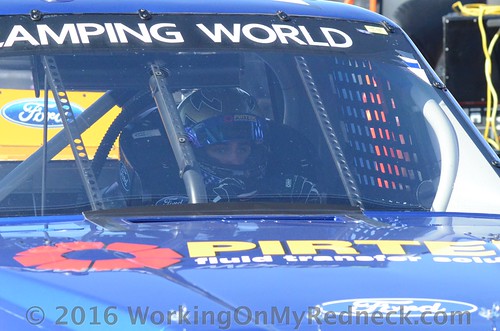 The NASCAR Camping World Truck Series is known as a place where young drivers can develop. That’s been the case this season, with three rookies advancing to the playoffs. Two others — Ben Rhodes and top-seeded Christopher Bell — are in their second seasons on the circuit.

There’s no doubt the rookies — Chase Briscoe, Austin Cindric and Kaz Grala — are hoping for the best. But there’s also a “let’s-not-mess-this-up” kind of attitude that might serve them well.

“We’ve never been to these (playoff) tracks before,” said Cindric, who qualified for the postseason by finishing sixth in points. “We haven’t been through the cutoff rounds. There are no rookie tires any more. We’ve just got to act like we belong and live to see another day.”

Said Grala, whose victory in the season opener at Daytona International Speedway qualified as one of the surprises of NASCAR’s year so far: “There’s stress there because you don’t want to make mistakes. You make a mistake (in the playoffs) and the whole season could be taken away. There’s added pressure in the back of your mind. ‘If I make this pass, I can stay in the playoffs. Or maybe not, it’s better not to screw it up.’ A veteran gets used to that.”

Grala seems comfortable with what has so far been a one-hit wonder kind of a season. He actually said he’s looking forward to racing at Talladega (the first round’s final race), which is run on NASCAR’s biggest and fastest track.

“I hope I don’t lose my (superspeedway) luck,” he said.

How young are Grala and Cindric? Both graduated from high school last spring, well after the Trucks season began. Grala said he will enroll at Georgia Tech in January.

“I have no idea how I’m going to balance that with my racing schedule,” said Grala, 18. “I’ve got to start to figure it out.”

“I was lucky my teachers were flexible,” he said. “I had to make sure my mom didn’t kick me around if I didn’t make good grades.”