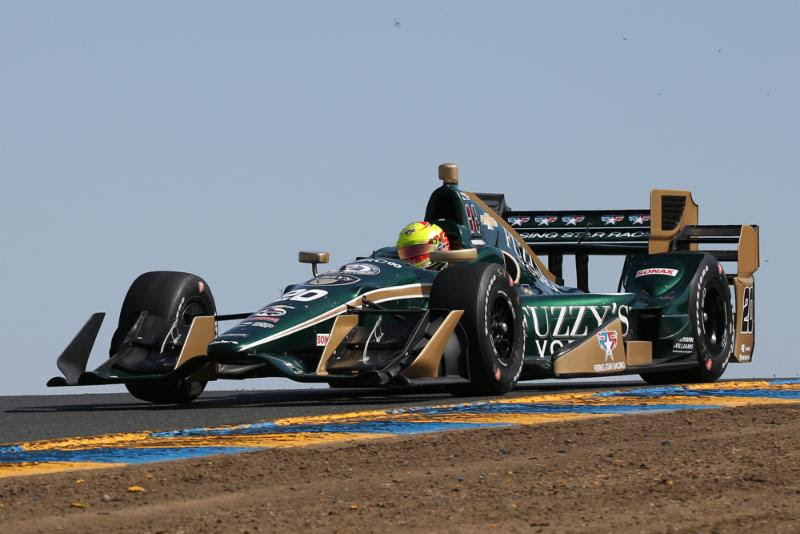 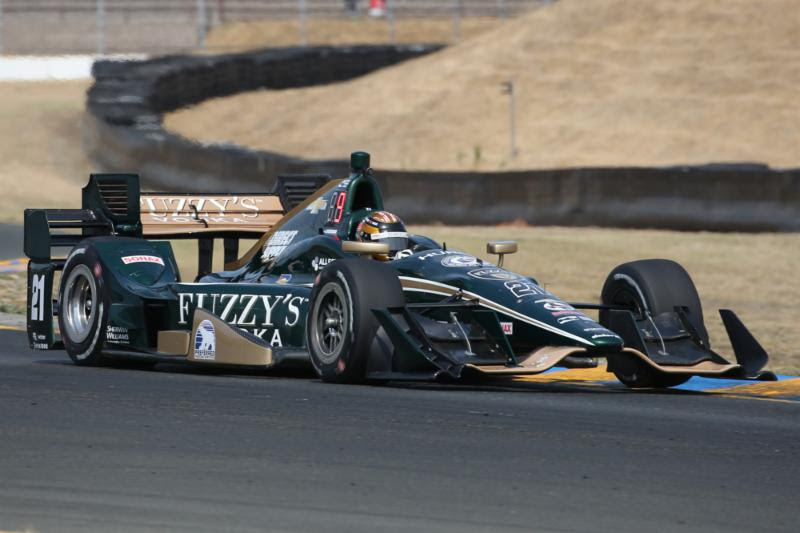 SPENCER PIGOT (No. 20 Fuzzy’s Ultra Premium Vodka Chevrolet), Finished 13th: “I damaged my front wing on the first lap by getting into James (Hinchcliffe) at the top of Turn 3. It was definitely not my intent to ruin their race so apologies to James and all of his crew. That incident also made a long race for us. We were forced to save fuel and just pound around out there just to see what positions we could make up. Overall, I learned a lot this year and I’m excited to be back in the Fuzzy’s Vodka car in 2018!”
JR HILDEBRAND (No. 21 Fuzzy’s Ultra Premium Vodka Chevrolet), Finished 14th: “It just felt good to put in a good race. I really enjoy this track and I had a lot of friends and family in the crowd so that’s always fun. We diced it up pretty good early in the race in the first couple of stints. We had one particularly bad stint, we had a set of reds that just went off big time and lost a lot of track position. After that, we kept getting caught behind cars we were quicker than, but were catching them too late in the stints to do anything about it. Unfortunately, we weren’t able to make totally good on what was a pretty good day in terms of overall pace. All in all, I’m glad to be back on track here and had fun out there. We’ll see what goes on from here.”
TIL NEXT TIME, I AM STILL WORKING ON MY REDNECK!