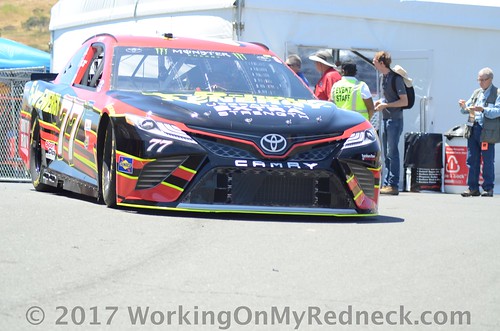 Furniture Row Racing owner Barney Visser told SiriusXM NASCAR Radio on Thursday night that he is selling the charter for his No. 77 Toyota team.

“It’s being sold right now,” Visser said. “We think there’s going to be a lot of charters on the market.”

The No. 77 has an open seat for next year as rookie Erik Jones, who currently drives that car, is moving to Joe Gibbs Racing to drive the No. 20.

This is the first year Furniture Row has run two cars in the organization’s history. Martin Truex Jr., who drives the No. 78 Toyota, is the top seed entering the NASCAR Playoffs and won the Monster Energy NASCAR Cup Series 2017 Regular Season Championship.

Visser indicated he believes he could purchase another charter if Furniture Row fields the No. 77 next year.