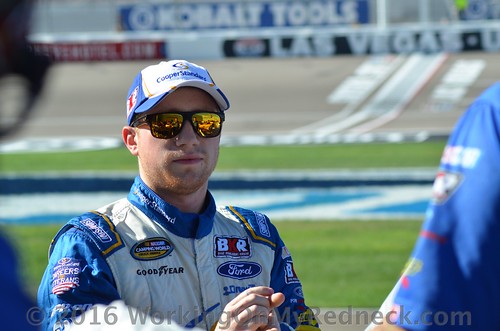 JR Motorsports announced today the addition of Tyler Reddick to the team’s NASCAR Xfinity Series program in a multi-year agreement that begins with the 2018 season opener. The 21-year-old Reddick will pilot JRM’s fourth full-time entry in pursuit of the NXS championship next season.

Reddick, a native of Corning, California, is a three-time winner in the NASCAR Camping World Truck Series who finished a career-best second in points during the 2015 season. His journey to NASCAR began with an impressive five-year stint in the dirt late model ranks. Reddick followed up with a transition into ARCA and NASCAR K&N competition, winning in his series debut in the latter at Rockingham Speedway in 2012.

“Tyler is a very talented race car driver and someone we’ve enjoyed watching over the years,” said Kelley Earnhardt Miller, general manager of JR Motorsports.  “We’ve seen him make a lot of strides in the short time he’s been in the Xfinity Series. He’s a strong complement to our driver lineup next season, and we’re confident that with consistent seat time he’ll find additional success at this level.”

Reddick currently competes part-time in the NXS with the No. 42 entry, posting one top-five and three top-10 finishes in 14 starts this season.

“This is an amazing opportunity for me,” Reddick said. “Having the chance to race full-time with an organization like JR Motorsports is something I’ve worked toward my entire life. It’s a thrill to be joining such an accomplished group of teammates in going after a championship next year.”

Reddick joins JRM teammates Justin Allgaier, Michael Annett and Elliott Sadler next season in place of departing William Byron. The team will also field a fifth entry in a handful of events. Additional details specific to sponsorship, crew-chief duties and car number for Reddick and the team will be announced at a later date.