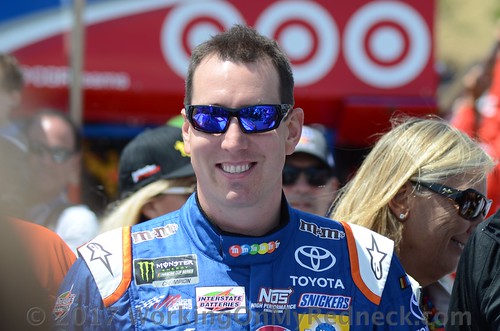 When Kyle Busch starts this year’s playoff, he won’t have the same pit crew that helped him to a third-place finish in the 26-race regular season.

Instead, the 2015 Monster Energy NASCAR Cup Series champion will enter the final 10 races with the over-the-wall crew that has serviced the cars of Joe Gibbs Racing teammate Daniel Suarez throughout the season.

“When you’re in a performance-based business, it comes down to performance,” Busch said on Wednesday during playoff media day at the NASCAR Hall of Fame. “For us and Joe Gibbs Racing, everybody in the whole organization kind of decided that it was a necessary change to give ourselves the best opportunity to go race for a championship.

“All these teams, as good as they are, you have to have all the bullets in the chamber. We felt like we were a little bit short there with the pit crew. We’ve got metrics and things like that that kind of show they were a little bit off—not far—but just a little bit. When you need it most, you’re going to need to count on those guys. That could be the last stop at Homestead. Fastest pit crew wins, hopefully.”

So was it a lack of speed or a lack of consistency that led to the switch?

“Yes,” Busch deadpanned. “Both, yes. You know, my guys, they would have speed. But the speed that they had was occasional.

“The consistency that they had was less than stellar. When you can have a faster group, and their consistency is better, there’s no question you’ve got to take that.”