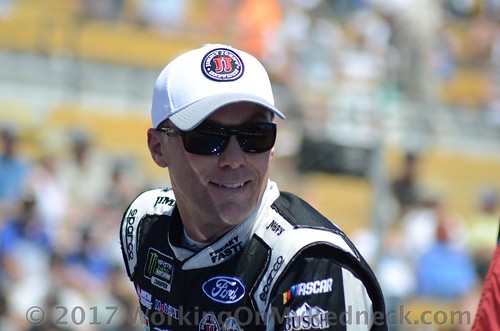 No one knows precisely how the current Monster Energy NASCAR Cup Series playoff format will unfold this season.

Two innovations have injected considerable uncertainty into the stage-based racing, under which drivers can accumulate points at the end of defined segments of an event; and playoff points, which can give drivers a cushion that could help a driver survive a disastrous race in one of the rounds leading up to the championship race at Homestead-Miami Speedway.

On the low end of the scale, Jamie McMurray has three. But how the playoff points will translate into advancement through the playoff rounds is still a matter for conjecture.

“I think as you look at the points, in the first round I don’t think you’re going to notice it as much,” said 2014 champion Kevin Harvick. “I think it’s when you see those points start to roll in the second and third rounds and how they affect everything is going to be much more noticeable.”