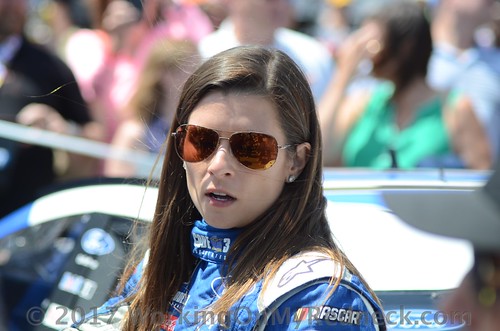 Danica Patrick announced on her Facebook page that she would be leaving Stewart-Haas Racing after the 2017 season ends at Homestead in November.

As many of you are aware, Stewart-Haas Racing announced this morning they will have a new sponsor/driver for the 2018 season. Below is a statement from Danica regarding the announcement.

“It has been my honor to drive for Tony Stewart, Gene Haas and everyone at Stewart-Haas Racing for the past six seasons. Together we earned a Daytona 500 pole, seven top-10 finishes and we also had some exciting racing along the way. My time driving for them, however, has come to an end due to a new sponsorship arrangement in 2018.”

“Sponsorship plays a vital role in our sport, and I have been very fortunate over the course of my career, but this year threw us for a curve. Our amazing partners, such as Aspen Dental and Code 3, stepped up in a big way on short notice this year and I am incredibly grateful.”

“I wish SHR the best of luck with their new sponsorship and driver. Thanks for the memories. Right now, my focus is on the remainder of the 2017 season and finishing the year strong. I have the utmost faith in myself and those around me, and feel confident about my future.”

This was not a real surprise.  Ever since GoDaddy left Danica as a sponsor, gathering up dollars to support her racing with SHR has been a tough go.

Look for the young up and coming NXS driver Cole Custer to receive a promotion and slide into the old Patrick gig for 2018.

One Comment on “Danica Out At Stewart-Haas Racing In 2018”