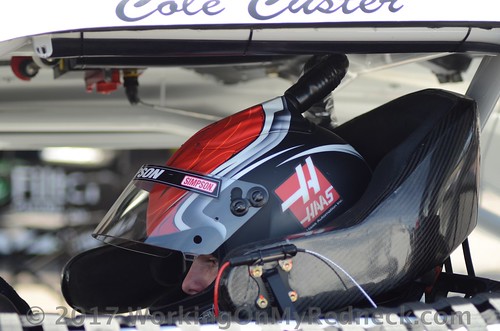 ● Custer kept his Haas Automation Ford Mustang inside the top-five for the majority of Stage 1.

● He ran as high as third until loose-handling conditions pushed him just outside of the top-five.

● Custer pitted at the conclusion of the stage for four fresh tires, fuel, air pressure and chassis adjustments.

● Custer forced his way into the top-five shortly after the restart.

● As the stage wore on, Custer’s Haas Automation Ford lost its drive off of the turns and ran too tight in the center of the corners.

● At the conclusion of Stage 2, he pitted for four fresh tires, fuel and adjustments to correct handling issues.

● Custer ran in and around the top-10 for the majority of the stage.

● With 20 laps to go, Custer continued to endure handling issues, ultimately pushing him outside of the top-10.

● Only nine of the 40 drivers finished on the lead lap.

● Brad Keselowski won the Virginia529 College Savings 250 to score his 36th career XFINITY Series victory, his second of the season and fourth at Richmond. His margin of victory over second-place Kyle Busch was 3.008 seconds.

“I’m not sure what happened there at the end of the race. Our Haas Automation Ford Mustang was so fast at the start of the race and throughout the second stage. We just kind of fell off at the end, but we’ll go back and try to figure out what happened.”