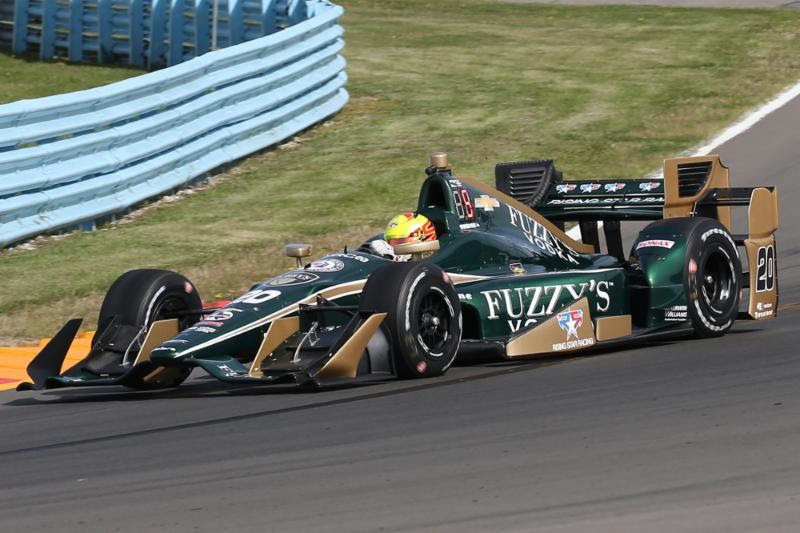 SPENCER PIGOT (No. 20 Fuzzy’s Ultra Premium Vodka Chevrolet), Qualified 13th: “We definitely made a lot of progress in qualifying. We’ve kind of been hovering around an eighth of a second or a second off the pace so we closed the gap a lot! That was nice, but once again, we came up just a bit shy from advancing. Usually, if you’re within a tenth of Will (Power), you’re right up there at the front! A big thanks to all the guys, Fuzzy’s Vodka, and Chevrolet for letting me do this. It is another midfield starting spot, but we’ll see what we can do tomorrow!”

JR HILDEBRAND (No. 21 Fuzzy’s Ultra Premium Vodka Chevrolet) Qualified 21st: “It’s been kind of a weird weekend. We’ve tried a lot of different things and just can’t get the speed out of the car we’re looking for. It’s frustrating because I really like Watkins Glen and the team finished on the podium here last year, so we were hoping for a bit more. We just can’t manage to get much better lap times out of it. It’s disappointing, but we’ll continue plugging away at it for the rest of the weekend. There should be some fuel saving going on tomorrowso hopefully that is something that works in our favor!”