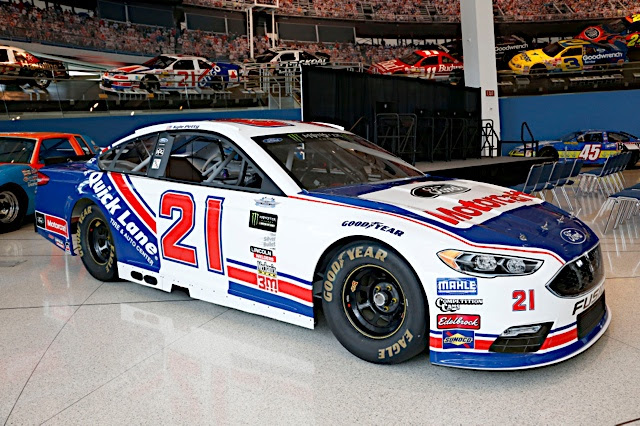 For people who appreciate the history and heritage of NASCAR, any trip to Darlington Raceway, the sport’s original superspeedway, is a memorable experience.

Since 2015, when NASCAR returned to Darlington to race on Labor Day weekend, the track’s traditional date, teams have celebrated the return with special throwback paint schemes, adding another nostalgic element to the Darlington experience.

This year, the Wood Brothers’ No. 21 Motorcraft/Quick Lane Ford Fusion will carry a paint scheme based on the Thunderbird that Kyle Petty raced for the Woods from 1985 to 1988.

Petty ran eight races at Darlington for the Woods, with six finishes of 14th or better.

While Darlington wasn’t one of his better tracks, Petty had several milestone accomplishments with the Woods, including his first Cup win, at Richmond in 1986, and a victory in the World 600 at Charlotte in the next year.

Aside from the on-track accomplishment, there was a strong personal bond between Petty and the Woods, particularly current team co-owners Eddie and Len Wood.

“We were older than Kyle, but he had been around the sport so long it was like we were the same age,” Eddie Wood said. “People said a Petty and the Woods wouldn’t work, but that made us even more determined to make it work, and it did.”

It turned out that the Woods and the Pettys had more in common than racing. 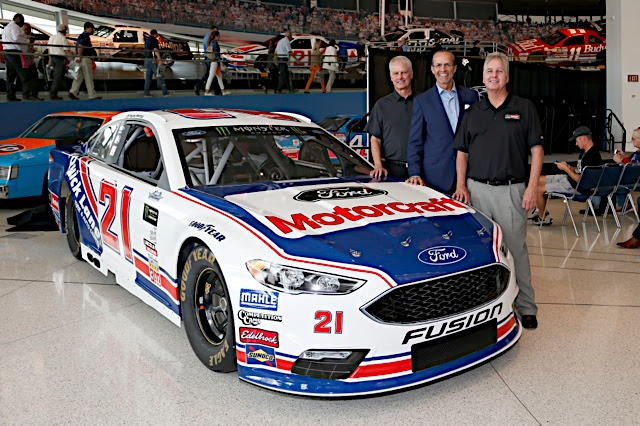 “We spent a lot of time telling family stories, and the same things happened with both families,”

Wood said. “We ate the same things for supper, and the way our mealtimes played out was essentially the same.”

When they were racing together in the mid-1980s, the Woods and Petty represented the younger generation of their established racing families, as Petty had followed his grandfather Lee and his father Richard into the sport. Eddie and Len Wood were second-generation racers, coming into the sport after their father Glen founded the team that now is the oldest continuously operation organization in NASCAR.

This weekend, the Darlington festivities will see three sets of third-generation racers at work in and around the Motorcraft/Quick Lane team.

Kyle Petty, in addition to spending time with the No. 21 team, will work the race as a TV analyst for NBCSN.

And when the Wood Brothers’ business manager and Twitter expert Jon Wood, Eddie’s son, climbs atop the pit box to report on the race, he’ll be representing the third generation of his family. Jon’s sister Jordan and his cousin Keven, Len’s son, also are members of the family team.

“That longevity in the sport shows that all three families are just real racers,” Wood said.

“The fact that the third generations of our families are still working in the sport shows a lot of determination and passion for NASCAR racing.”