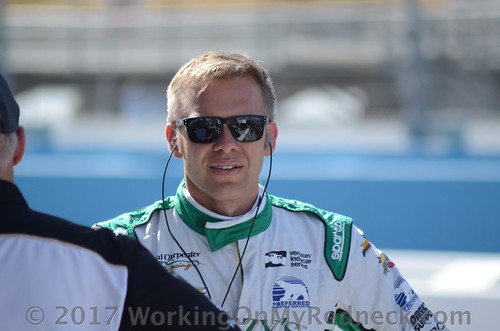 SPENCER PIGOT (No. 20 Fuzzy’s Ultra Premium Vodka Chevrolet): “Watkins Glen has quickly become one of my favorite tracks. Last year was the first time I had ever been there and it’s easy to see why so many drivers love it. It’s incredibly fast and requires a ton of commitment. It’s been a tough few races for the Fuzzy’s Vodka crew so hopefully we can rebound this weekend and finish the season off with a few good results.”

JR HILDEBRAND (No. 21 Fuzzy’s Ultra Premium Vodka Chevrolet): “Watkins Glen is the track where I had my most memorable win in Indy Lights, getting the “W” on the 4th of July on the way to the championship. It’s been a few years since I’ve raced at The Glen, so I’m excited to go back as we look to turn things around after a disappointing couple of weeks.”