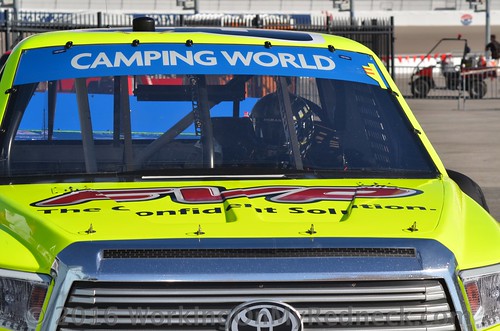 You’ve been pretty strong at Michigan in the past. Has the track aged at all since the repave?

“Before they repaved it you could run all over the place. Then they paved it, and the racing groove got narrow. The groove is widening out – the inside lane is a little bit faster now – and there is some passing. The first year we were there, it was really bad, and you couldn’t move two feet out of the groove – you were slippin’ and slidin’. It’s gotten a little bit better, for sure. I know restarts will be tricky, and drafting partners will be key. Michigan is a home-track, per se, for ThorSport Racing, so hopefully we can put on another great show this weekend for all of our friends, family, and employees that are coming out to the race.”