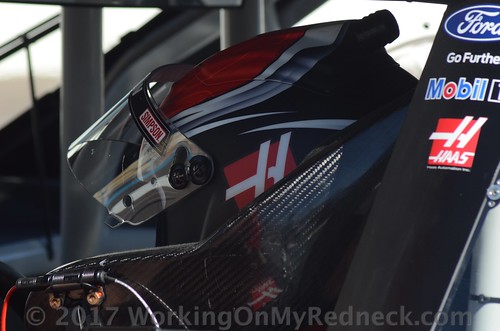 ● Custer battled his Haas Automation Ford Mustang in the top-10 for the majority of Stage 1, noting loose-handling conditions.

● At the conclusion of the Stage, crew chief Jeff Meendering radioed Custer to stay out of the pits.

● During the first lap of Stage 2, Custer and teammate Kevin Harvick were involved in an accident resulting in minimal damage.

● On lap 25, Custer pitted under green-flag conditions for four tires and fuel after telling Meendering he smelled smoke.

● Custer made his way just outside of the top-10 before pitting on lap 50 for four tires and fuel.

● On lap 71, Custer battled his Haas Automation Ford back into the top-10.

● Meendering called Custer to the pits during a caution with six laps to go for four more fresh tires and fuel.

● He restarted in the 16th position before battling just outside of the top-10 at the conclusion of the race.

● Kyle Busch won the Zippo 200 to score his 90th career XFINITY Series victory, his fourth of the season and his first at Watkins Glen. His margin of victory over second-place Joey Logano was 1.049 of a second.

“We started out loose and got tighter as the run went on, but when we were by ourselves we passed a lot of cars and had top-five lap times. We just got set back a little there. We were going to have a pretty good day, but had a terrible restart there at the end.”

Almirola Faded In Late In The Vegas Race