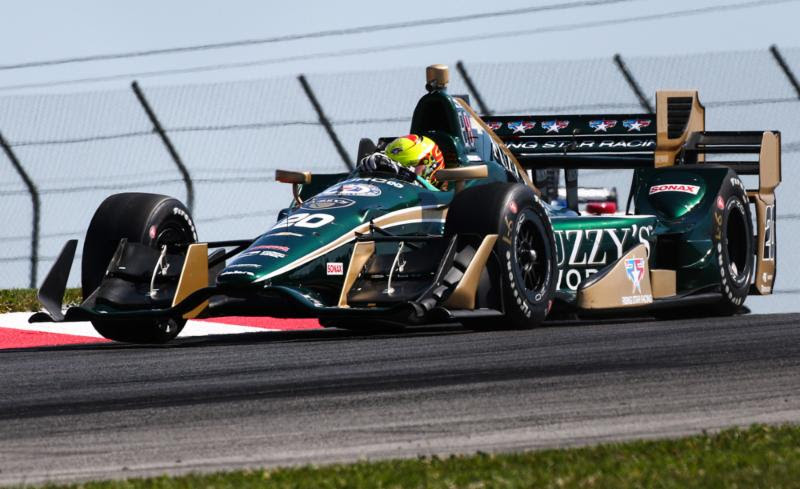 SPENCER PIGOT (No. 20 Fuzzy’s Ultra Premium Vodka Chevrolet), Finished 19th: “First of all, it was great to even make the start of the race. All of guys did an amazing job building up a spare car for me in just a few hours, so a huge thanks to them. As far as the race, we had some damage to the rear of the car at the start that really didn’t make it easy. Either way, I don’t think it was going to be our day. I’m frustrated with how it all went, but hopefully the 20 car guys can rebound in Pocono with Ed (Carpenter) and I’ll jump back in at Watkins Glen.”

JR HILDEBRAND (No. 21 Preferred Freezer Services Chevrolet), Finished 17th: “I’m just super frustrated and bummed for my Fuzzy’s Vodka guys! We started on blacks and were able to run long, then when we got on our first set of reds we were still running long and able to save fuel. I felt like I could have saved even more than I needed to! Everything was looking pretty good, then we sort of got hosed by our own success in a way. We had been saving fuel and were going longer than the cars around us; we basically got caught out by staying out too long. A yellow came out and we had to stop under a closed pit. Even just not making it in before that yellow would have put us all the way to the back of the lead lap anyway, but then, to add insult to injury, we had some sort of mechanical malfunction with the fuel probe and didn’t get all of the fuel in. We had to pit again under green and just cruised around on our own until the end. We can feel good about putting ourselves in a good spot and bouncing back from what was a pretty tough weekend all around. We’ve got a little bit of a break now, then we’ll see what we have in Pocono.”