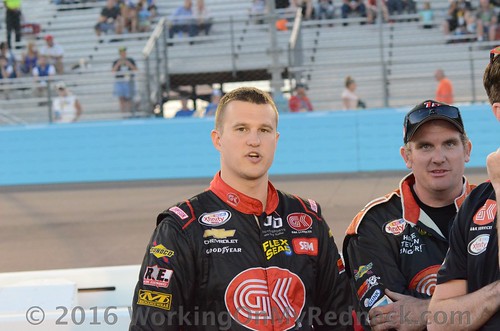 What can Ryan Preece possibly do for an encore?

On Saturday at Iowa Speedway, Preece will get his second chance to drive the No. 20 Camry – with little room for improvement.

“It’s great – I get a second shot at this,” Preece said during a question-and-answer session at Iowa Speedway. “So it’s a great opportunity. But what I’m really looking forward to is going over notes with my crew chief, Chris (Gabehart), and the team.”

When teammate Christopher Bell made his second NASCAR XFINITY Series start at Iowa in June, he won the pole and led 152 laps before falling victim to a late wreck and finishing 16th.

“Christopher Bell had a really good race car here, so just kind of looking at the characteristics he fought from practice… and just looking for forward drive. That’s going to be huge. Just going to be looking for that grip, and hopefully we can back up what we did at Loudon.”

The bad news for Preece this week? He can only gain one position from his finish at New Hampshire. Everything else is downside.