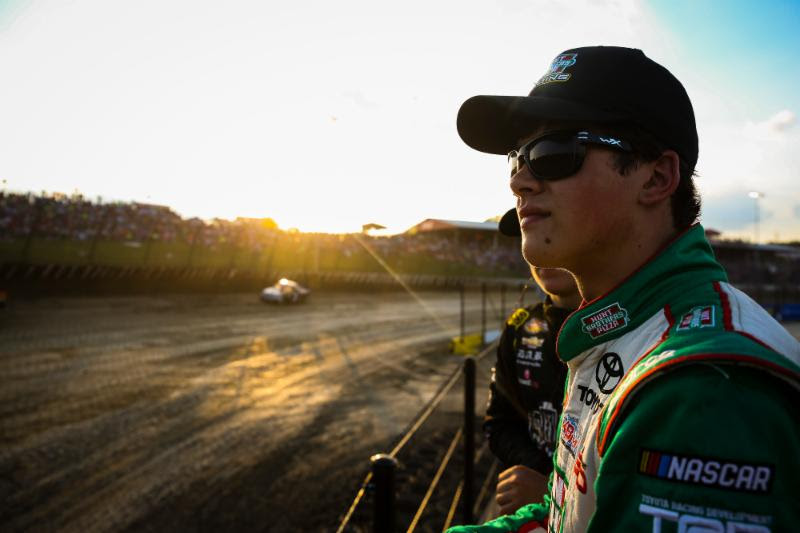 After an exciting race on dirt, Harrison Burton, driver of the No. 51 Hunt Brothers Pizza Toyota Tundra finished 15th in Wednesday night’s fifth annual Eldora Dirt Derby at Eldora Speedway. It was a night of learning for the rookie as it was his dirt-racing debut, but his fourth start for Kyle Busch Motorsports (KBM) in the NASCAR Camping World Truck Series (NCWTS) 2017 season.

“I can get around an asphalt track alright, but this dirt stuff is completely different. It is something that I need to learn and figure out how to race on the dirt. We had a great Toyota Tundra. I am learning as much as I can, as fast as I can, but it’s hard when you’re doing something new against some of the best in the business. I’m really proud of all of my guys, they stuck with me all week and really helped me through. It was awesome to have Hunt Brothers Pizza on the truck – they are deeply engrained in racing and I’m glad I could be a part of it!”

Noah Gragson, driver of the No. 18 Toyota, finished seventh

Christopher Bell, driver of the No. 4 Toyota, finished ninth

The No. 51 Toyota Racing team is now eighth in the Truck Series Owner Championship Standings.