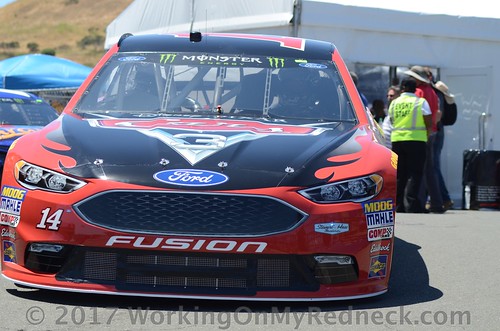 ● Dropped to 20th, then began climb through the field.

● Moved to 10th by lap 45 but fell out of the points-paying position in the final laps of the stage.

● Bowyer dropped to 22nd and rebounded to run as high as sixth.

● Made his final green-flag pit stop with 42 laps remaining but dropped off the lead lap during the pit-stop sequence.

● Gained three positions by dodging a race-ending wreck in overtime.

● Bowyer said his biggest problem was a lack of rear grip in the final stage.

●  There were nine caution periods for a total of 39 laps.

●  Martin Truex Jr. won the Kentucky 400 to score his 10th career Monster Energy NASCAR Cup Series victory, his third of the season and his first at Kentucky. Kyle Larson finished second as the race ended under caution.

“Our night wasn’t all the best. We needed to be better. We struggled off the truck. I wasn’t exactly pumped about the handling, but we fought hard. Buga (crew chief Mike Bugarewicz) and all the guys worked hard to get me fixed up for the race. We got some track position there and showed some promise, and then the start of that last run, those last two runs, I was junk. Total junk. I just lost too much track position. It is like you adjust to be up front in the clean air and free up and get better and keep freeing up to get better and get in better air, and then all of a sudden you get in the back, adjusted to the front, and you are in big trouble.”