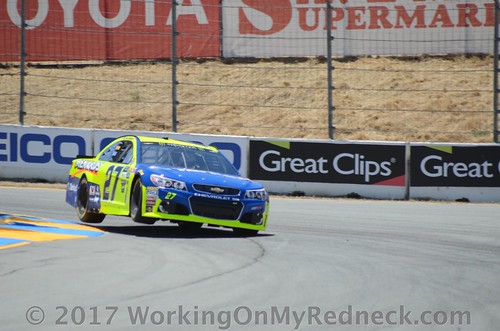 When Paul Menard clipped the outside wall early in Saturday night’s Coke Zero 400 Powered by Coca-Cola at Daytona International Speedway, his prospects for victory seemed remote.

But Menard worked his way steadily toward the front after the end of the second stage, got a strong push from race runner-up Clint Bowyer in the two-lap overtime and came home third.

No, he didn’t join Richard Childress teammates Ryan Newman and Austin Dillon among this season’s race winners, but Menard’s No. 27 Chevrolet showed excellent speed, as did most of the Monster Energy NASCAR Cup Series cars powered by Earnhardt Childress Racing engines.

“On Thursday when we practiced, I knew that we had a really good-handling car,” Menard said. “Sucked up pretty good in the draft, but I knew it was going to handle well tonight, and it did. We wanted to race hard all night long, but I forget who wrecked up in Turn 1 and 2, but we got in the wall pretty hard and had to work on some damage so that put us back right at the end of the first stage and couldn’t go anywhere.

“So we kind of bailed out of the stages and there was a bunch of attrition, obviously, and we kind of passed some cars that way, but got some really big runs towards the end and made up a lot of ground, and Bowyer pushed the hell out of me the last lap.