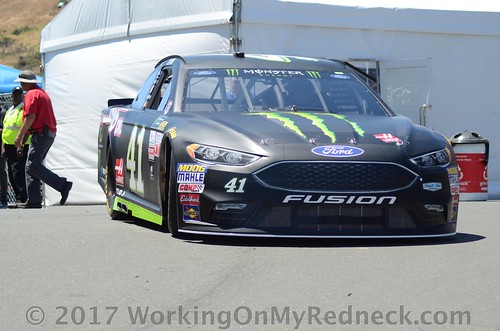 Kurt Busch led only one lap in this year’s Daytona 500.

But it was the most important one – the final lap.

The 2004 Monster Energy NASCAR Cup Series champion added a win in the sport’s biggest race to his resume.

Busch returns to Daytona International Speedway for Saturday’s Coke Zero 400 Powered by Coca-Cola attempting to join Jimmie Johnson, Bobby Allison, LeeRoy Yarborough, Cale Yarborough and Fireball Roberts as the only drivers to sweep the races at “The World Center of Racing.”

“It couldn’t have been more of a storybook type of script from Hollywood when we won the Daytona 500,” Busch said. “I’m still jazzed about it. Going back there is going to be great. I’m going to go by the museum and see the car in victory lane there. We just have to do our homework again and have everything go our way so we can win again in July.”

Busch is virtually assured a berth in the Monster Energy NASCAR Cup Series playoffs as one of 11 different drivers to win a race this season. It’s his only victory on the year. He also claims two top fives and eight top 10s in 16 starts.

“I’m hopeful to go back to Daytona in July and back up our win in the Daytona 500,” Busch said. “We finished sixth at Talladega and on the last lap I was almost in the same position as Daytona. I just lost my drafting buddy Aric Almirola on the last lap. He didn’t quite stay on our rear bumper as close as I needed him to give us a shot at the win. That’s all you’re trying to do – putting yourself in position to win, and that’s what we want to do again in July.”

Can KuBu pull off the extremely rare Daytona sweep?  It would be a very interesting race Saturday night!