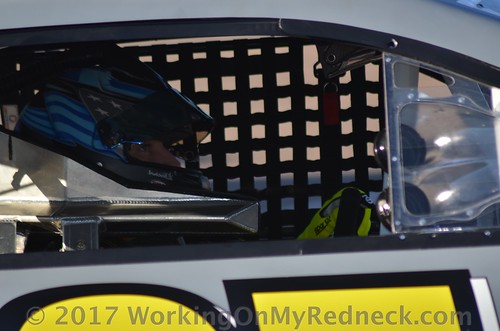 Michael McDowell will be returning to his roots at Sonoma Raceway for the first road course race of the 2017 Monster Energy NASCAR Cups Series (MENCS) season.

It wasn’t until 2008 that McDowell jumped into the driver’s seat of a MENCS and NASCAR XFINITY Series car. This week McDowell is looking forward to a strong run at Sonoma, as he and Leavine Family Racing (LFR) have secured five Top-25 finishes in a row.

“Sonoma is a track I have a lot of experience on,” said McDowell. “I grew up racing around the California area, so it’s kind of like another home race for me. We’ve got a lot of friends and family that will be there.

It should be a good race – road courses typically are for us. Everything has to happen just perfectly in order for a good outcome. I’m pretty confident in all of our guys, and I think it will be a good weekend.”

McDowell’s last stint on a road course was the Road America 180, where he captured his first NASCAR XFINITY Series win during the 2016 season.

LFR is also excited to announce the return of K-LOVE as the primary sponsor of their No. 95 Chevrolet SS for the second time this year.

K-LOVE joined LFR earlier in the season for the Daytona 500, the MENCS season opener, where McDowell earned a Top-15 finish.