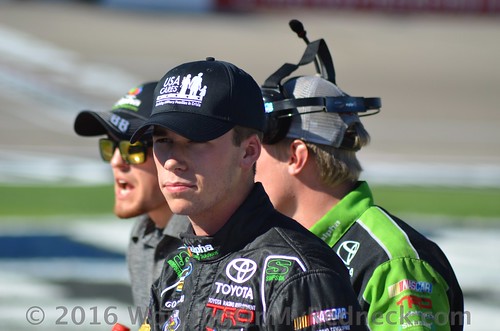 How would you characterize the first quarter of your sophomore season?

“We’ve been so close, yet so far. Our performance has been amazing. Everything that we could control has been there. Anything outside of our control, has worked a complete 180, and hasn’t been in our favor this year. So that’s been very unfortunate. At some point it has to turn around. All of our hard work and preparation will meet the opportunity once the opportunity is starting to go our way, and we will win! But until that point, we’re just going to keep knocking down the doors.”

You’ve shown speed at Iowa Speedway in the past. Is this a track that you enjoy racing at?

“I love Iowa Speedway because I have a win there. We have had very good speed in the past, and it’s a familiar place for me. Iowa, I think, has some of the best fans in all of the country. It’s a home away from home, in a sense. Certain tracks become like that for you, and Iowa is one of them. I feel like I have the track figured out – it’s not one of those places that I’m searching the entire time or stressed out about the race track. I know what I need there, and I know what I’ve got to do. It’s just a matter of getting our Safelite Tundra to that point.”

Would you consider Iowa Speedway a short track or a superspeedway?

“The Iowa speedway is definitely a mix of short track and superspeedway. It feels like a superspeedway down the front stretch for sure. It’s got the big bowed out front stretch – you’re in the throttle for so long, you’re kinda drafting. But once you get into the corners, it’s so tight and it goes by really fast. When I first went there, I used to think it was a superspeedway. For me, it was the biggest track I’d ever been on. Now, when I go back, its nothing, and I can characterize it as a short track. The biggest thing is the front stretch that makes it feel like a speedway.” 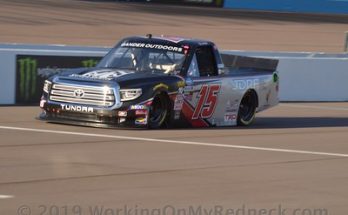