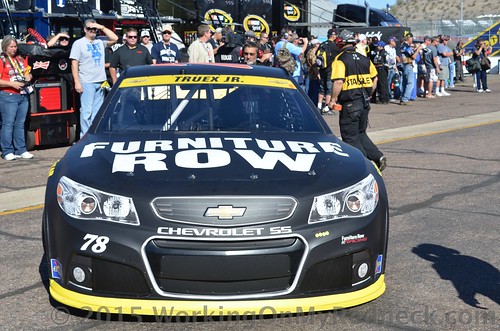 The Furniture Row Racing driver posted a sixth-place finish, his fifth straight top 10 and a finishing average of 3.8 in the last five races.  He also won the first two stages at Michigan, lifting his series’ leading stage wins to 10 after 15 races. His playoff bonus points total of 20 also leads the series.

Though Truex finished sixth at the 2-mile Michigan oval he felt he had the dominant car until late-race pit strategy and inside lane restarts spoiled his chance of a victory.

“Without a shadow of a doubt our No. 78 Auto-Owners Insurance Toyota was the best car out there,” said Truex, who led 62 laps. “But inside lane restarts at the end just killed us. Unlike the outside lane we just couldn’t get going each time we restarted in the inside lane. It stinks when you have to race that way.”

Race winner Kyle Larson concurred with Truex when he told the media in post-race interviews, “The (No.) 78 was by far the class of the field.”

Truex’s blue Auto-Owners Toyota was in control of the race, but when the caution came out on Lap 151 of 200 he restarted fifth after taking four tires and fuel. The four drivers ahead of him took two tires.

“Probably should have taken two tires that last time we pitted – we took four,” noted Truex. “That killed us. Just wrong lane on the restart every single time all day long and couldn’t use the best car to win.”

In each of the final four cautions Truex found himself in the inside lane. His car never could get going on those restarts and it was a handful just to hold his restarting position.

“Just in a bad spot and nothing you can do about it,” said Truex. “You have to have a little luck on your side and we didn’t today.” 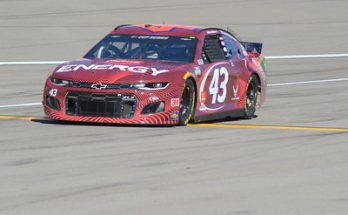