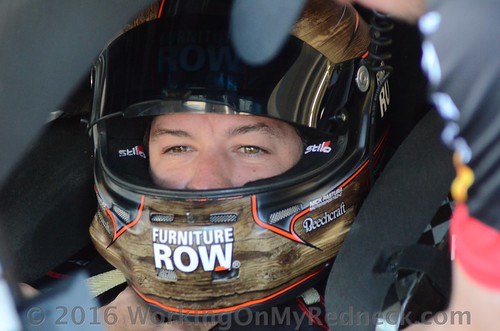 Lansing, Mich.-based Auto-Owners Insurance will have the primary sponsorship featuring the blue schematic which has enjoyed success in its four races with Furniture Row Racing. The record includes two wins, four top 10s and a pole.

Truex’s victories in the No. 78 Auto-Owners Insurance Toyota were at last year’s Southern 500 in Darlington, S.C. and at this year’s race at Kansas Speedway. He also captured the pole and finished seventh in last year’s fall race in Martinsville, Va. and was eighth in last year’s Brickyard 400 in Indianapolis.

“We’ve had nothing but success with the blue Auto-Owners Insurance Toyota and I am looking for more of the same at Michigan this weekend,” said Truex.

Sunday’s FireKeepers Casino 400 at the 2-mile oval will be the second of six races that Auto-Owners Insurance will be the primary sponsor on Truex’s Toyota in 2017. When it comes to auto insurance one could check for the average cost of sr22 insurance and find out what would suit them the best.

Truex’s win at Kansas Speedway started a streak of four consecutive top 10s. Following his Kansas victory he went on to finish third in both the Charlotte and Dover races and sixth in last Sunday’s race at Pocono Raceway. His recent performances have vaulted him to the top of the driver point standings.

“I think team morale is good, everybody’s having a good time and enjoying themselves,” said Truex. “They work so hard that it’s nice when it pays off and it continues to motivate the team to keep pushing. When they see results with the effort they put in then it pushes them to go even harder. We’ve got a great bunch of guys from top to bottom. I think they’re enjoying themselves as well and that’s always a big thing.”

Regarding the upcoming Michigan race Truex said, “Looking forward to that, it’s another place where I have some good fishing holes. I’m serious. Fishing just helps keep the stress level down and lets me focus on driving and lets the team focus on the cars. Michigan should be interesting. Last year we ran this low downforce package there so we have a little bit more history than most of the tracks we’ve been to this year so we’ll just see what it brings. Such a fast track and definitely different from anywhere we go so it should be fun.”