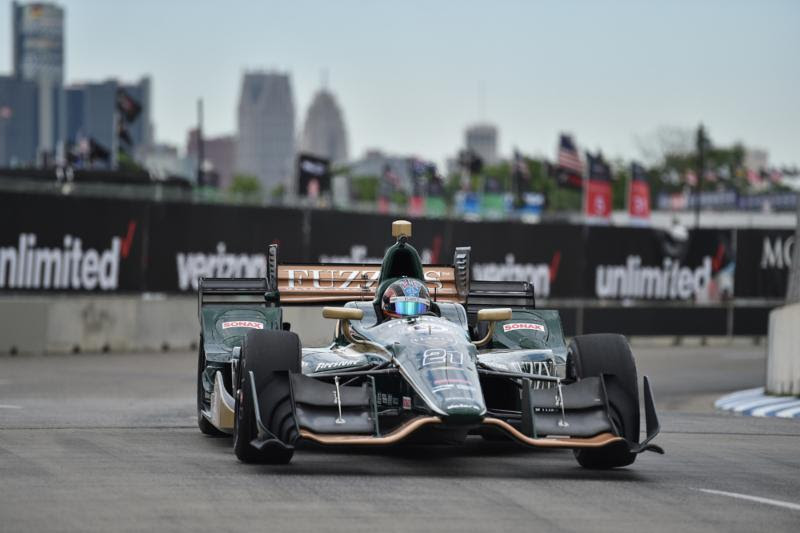 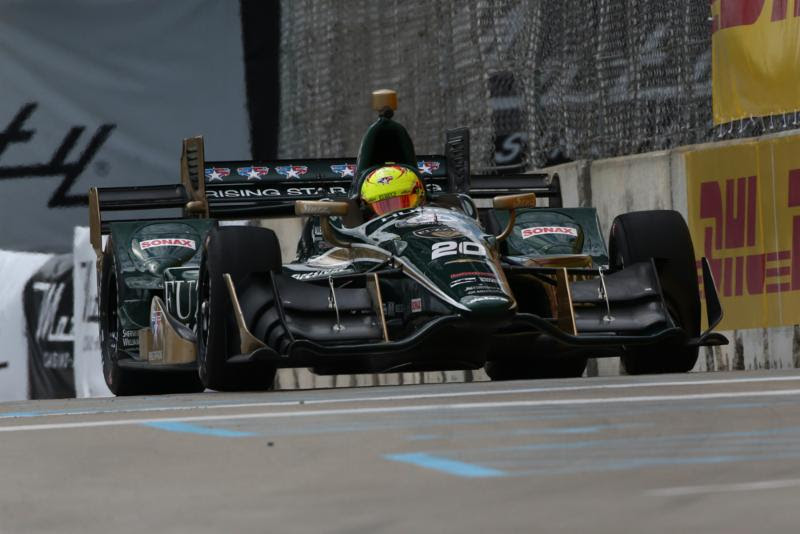 SPENCER PIGOT (No. 20 Fuzzy’s Ultra Premium Vodka Chevrolet), Finished 21st: “The car just lost power coming across the start/finish line. I don’t know exactly what happened and it didn’t cost us a great finish, but it is a shame. Our races this year have been really good, this is the first weekend where we have struggled. It’s something we’ll try to learn from and make sure it doesn’t happen again. The Fuzzy’s Vodka guys have already had a long few weeks, now they have another problem to fix. Hopefully the 20 car can rebound next weekend at Texas and myself at Road America.”

JR HILDEBRAND (No. 21 Fuzzy’s Ultra Premium Vodka Chevrolet), Finished 18th: “It was unfortunate that we started where we did because I think we would have been up the field if we had had a fair shot at qualifying. Given where we were, we went off strategy early and were putting in good laps. We caught all the way back up to the cars that had not yet made a pit stop, so we closed the whole 25 or 30 second gap back up. At that point, I got a call to pit but stayed out thinking that we would be able to benefit from the cars around me pulling off and pitting. I ignored the fact that we were tight on fuel and that mistake, which was 100% mine, put us in a place where we had a super slow lap and ended up in a gaggle of cars we shouldn’t have been around. We came into contact with another car, had a flat tire, came in, had to make an extra pit stop, went a lap down. There are some positives to take away from this weekend, we had some pace in both of the races because we figured some things out both with my driving and with the car. In the end, I’m disappointed with myself for having a small screw up each day that cost us a bunch of positions in the race. As we look to Road America and Toronto as the next couple of street circuits, we’ll be looking to put it together in those events. I feel we did well here this weekend, but it doesn’t show up that way on the stat sheets.”