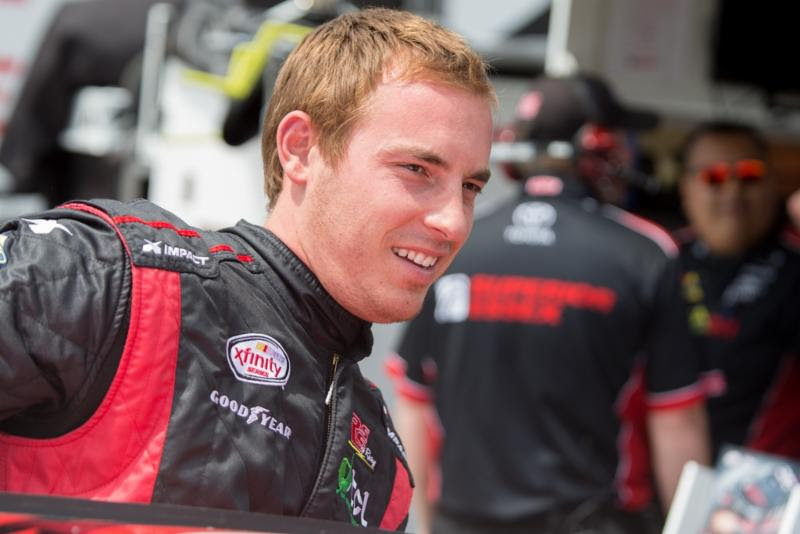 BK Racing’s team owner, Ron Devine, announced today that Ryan Sieg will make his Monster Energy NASCAR Cup Series debut in the No. 83 JAS Expedited Trucking / AntlerGrow Toyota Camry this weekend at Dover International Speedway. Sieg has been competing in the NASCAR Xfinity Series since 2013. Last season, Sieg was one of the 12 drivers to advance to the Xfinity Series play-offs, where he finished ninth in driver points.

“I’m so happy to be making my Monster Energy NASCAR Cup Series debut for BK Racing this weekend in Dover,” said Sieg. “Ron Devine has given so many drivers an opportunity in the past and I’m thankful to have that same chance as so many others. I have never driven a Cup car in my life, so I just want to run as many laps as possible and learn as much as I can.”

“I have been watching Ryan race for a number of years and have been really impressed by his driving skills,” said Devine. “I believe that this is the right time to put Ryan in one of our cars to see what he can do. Corey will be back in the car beginning next week at Pocono, and he is a very important part of BK Racing’s bright future. If things work out with Ryan for the long run, we may see the No. 93 car return. A big part of BK Racing has always been seeking out young talent and giving them a chance in the premier racing series, so I’m proud to be able to give Ryan that chance as I did for Corey, Joey Gase, and Gray Gaulding already this season.”