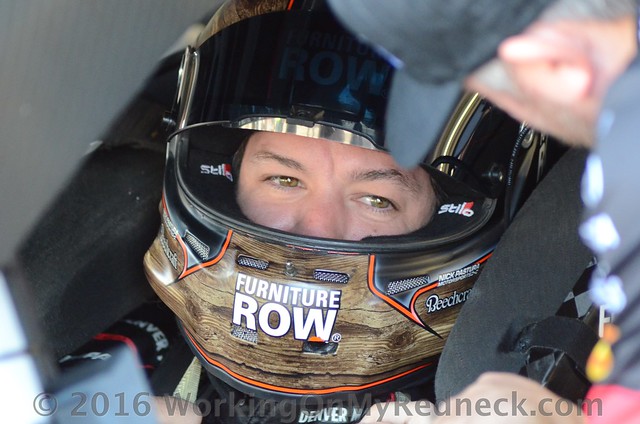 Martin Truex Jr. will be heading to his home track this weekend – Dover International Speedway — with the No. 1 driver ranking in the NASCAR Cup Series, and also as the most recent winner at Dover’s all-concrete 1-mile oval.

The Furniture Row Racing driver, who grew up 130 miles northeast of Dover in Mayetta, N.J., took over the points lead following his third-place finish in Sunday night’s Coca-Cola 600 at Charlotte Motor Speedway. It is the first time in Truex’s career of being the points leader during the NASCAR Cup Series’ regular season.

Truex, who has secured two wins in his No. 78 Toyota Camry this season (Las Vegas and Kansas), was the victor in his last appearance at Dover, winning the playoff race in October. He also scored his first career Cup victory at Dover in June 2007.

Along with being the points leader, the Furniture Row Racing driver will also be taking a number of other series-leading statistics with him. He is tied for most wins (2), and is the sole leader in the following categories – laps led (769) stage wins (6), stage points (157) and playoff bonus points (16).  He has a 8.8 starting average and 9.8 finishing average in the first 12 races of the season.

“Finishing third in Charlotte was bittersweet,” said Truex. “I felt we had a good shot at winning that race. But it’s nice to be the points leader, a tribute to everyone at Furniture Row Racing for their commitment to be the best.  We want to keep that ranking, and right now all focus is on this week at one of my favorite tracks. I feel very comfortable on the Dover track and we have run well there since I joined Furniture Row Racing.”

There is no question that Dover has been one of Truex’s best tracks since he joined Furniture Row Racing in 2014. He has posted five top-10 finishes and one 11th-place result in his last six Dover races for a finishing average of 6.66.

Truex will be looking for similar success in Sunday’s AAA 400 Drive for Autism. He feels confident that his No. 78 Furniture Row/Denver Mattress Toyota will be one of the contenders in the 400-mile race.

“All year the guys have been bringing fast cars to the track,” said Truex, who has four top-five and eight top-10 finishes. “I don’t see why that should change this weekend with our Furniture Row/Denver Mattress Toyota. It’s been a lot of fun coming to the racetrack week in and week out knowing that you’re going to have a shot of being in contention for a win. “Just can’t say enough about Cole (Pearn, crew chief), his engineering staff, the guys on the road and back at the shop in Denver.  They keep on delivering competitive race cars.”