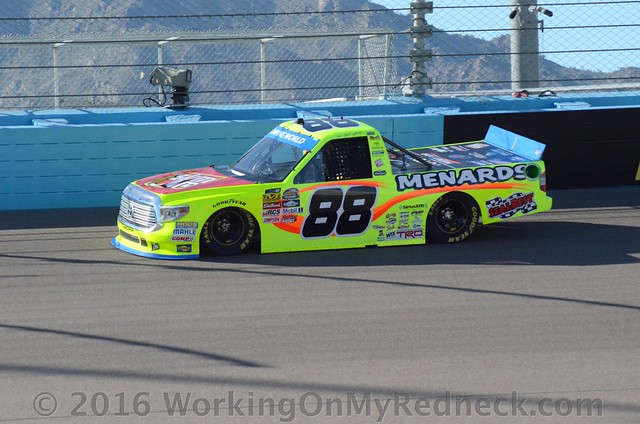 Team Stats:
2017 Driver Point Standings: 3rd
2017 Owner Point Standings: 4th
Sounding Off – Matt Crafton:
“There is no other track we go to that you get the sensation, as a driver, that you get at Dover. It’s definitely one of my favorite race tracks because you have a lot of tire fall off, and multiple grooves. As a race car driver you always want that ability to move around, and find more grip. Under green, the longer a run goes, the more you see it getting blacker and blacker, where we’re laying down the rubber. Then you start moving around – getting out of the rubber, to find more grip. When we get a caution, we’re driving around on hot tires, picking up all the rubber. Then you take off on fresh tires – everyone is really fast on the bottom, then it starts getting black and slippery again, so you are searching for whiter concrete, for more grip. You are constantly chasing the race track.”
News & Notes:
Crafton’s Dover Stats:
Crafton’s Career Truck Series Stats:
Dover Stages:
Race Information:
Date: Friday, June 2
Time: 5:30pm ET on FOX Sports 1
Track: 1-mile concrete oval
Distance: 200 Laps, 200 Miles
About Ideal Door:

About Menards:
A family-owned and run company started in 1958, Menards currently operates 305 stores located in 14 Midwestern states.  Menards is known throughout the home improvement industry as the low price leader; it’s no wonder their famous slogan – “SAVE BIG MONEY” – is so widely known and easy to remember.  Menards does things right – the company’s strength and success can be seen in the well-stocked and maintained stores, the lowest prices in town, and the way Guests are always treated like family. For more information visit:www.Menards.com
About ThorSport Racing:
ThorSport Racing, based in Sandusky, Ohio, is the longest-tenured NASCAR Camping World Truck Series team. The team has competed in the NCWTS since 1996, and enters it’s 22nd consecutive season. In 2017 ThorSport Racing will run the No. 88 Menards Toyota Tundra driven by two-time NCWTS drivers’ champion Matt Crafton, the No. 13 JEGS/RIDE TV Toyota Tundra driven by Cody Coughlin, the No. 27 Toyota Tundra driven by Ben Rhodes, and the No. 98 RIDE TV/Champion Power Equipment/Jive Communications Toyota Tundra driven by Grant Enfinger. For more information visit  www.ThorSport.com.
TIL NEXT TIME, I AM STILL WORKING ON MY REDNECK!