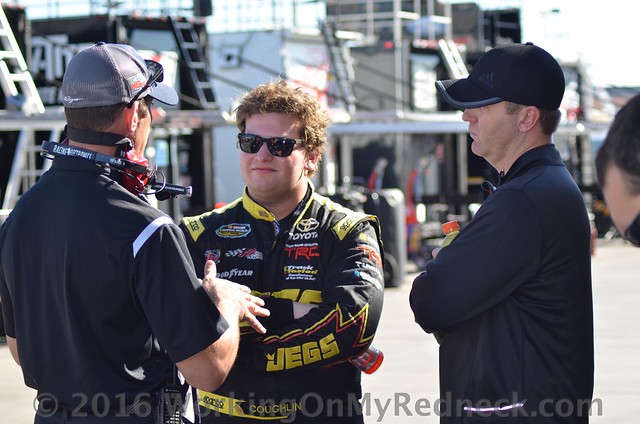 Team Stats:
Driver Point Standings: 15th
Owner Point Standings: 19th
Sunoco Rookie of the Year Contender
Chatting with Cody Coughlin:
“I’ve never been to Dover, but I’ve heard it’s a fun place once you get the hang of it. It seems like a different track for sure, but I like to think I do well on the high-banked short tracks like a Winchester. Dover is definitely a faster one, so it’ll take a few laps to get used to it.”
News & Notes:
Dover Stages:
Race Information:
Date: Friday, June 2
Time: 5:30pm ET on FOX Sports 1
Track: 1-mile concrete oval
Distance: 200 Laps, 200 Miles
TIL NEXT TIME, I AM STILL WORKING ON MY REDNECK!