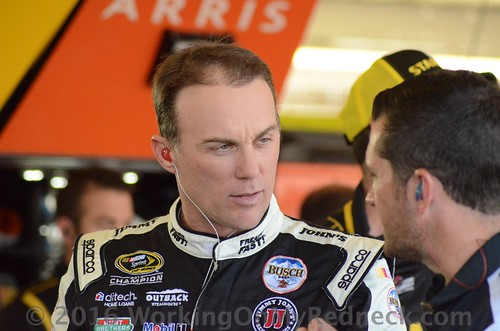 ●  The No. 41 Hunt Brothers Pizza Ford Mustang raced to the lead on lap 8.

●  Kevin Harvick held the lead for the remainder of Stage 1.

●  Richard Boswell, No. 41 crew chief, called Harvick to pit road for four tires, fuel and an air pressure adjustment at the end of Stage 1.

●  Harvick struggled to regain position as the Hunt Brothers Ford was loose off  the corner in traffic.

●  Harvick raced his way up to the third position by lap 120.

●  He gained a position thanks to a fast pit stop by the Hunt Brothers Pizza pit crew on lap 126 and restarted second.

●  Harvick made the pass for the lead on lap 181 and held it until the final restart.

●  Harvick’s SHR teammate Cole Custer was the highest-finishing rookie with a seventh-place finish. It was his fifth top-10 finish in 15 career XFINITY Series starts and his third top-10 finish of 2017.

●  This is Harvick’s third XFINITY Series start for Stewart-Haas Racing.

●  The race featured 12 lead changes among seven drivers and 12 cautions for 52 laps.

“I knew I was in a pickle there with the 22 behind on the outside and I knew the 12 had the best car taking off.  He’s actually the one who helped us get the lead, pushing us to the lead, so I didn’t really know what to do.  He just wound up beating us there on the restart and that’s pretty much it.  I’m just really proud of everybody on our Hunt Brothers Ford.  I feel like we were better than the last time we came out and led a bunch of laps and were in contention all day and just didn’t finish it off there over the last few laps.”