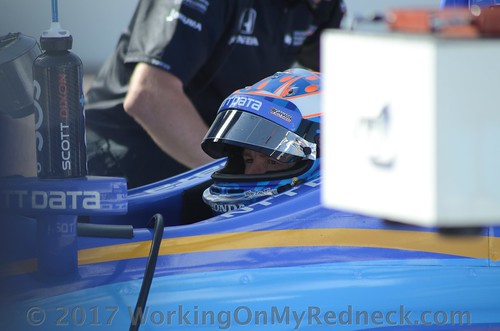 Chip Ganassi Racing (CGR) announced today that four-time Verizon IndyCar Series Champion and Indianapolis 500 winner Scott Dixon will be sporting the colors of the nation’s largest RV and outdoor retailer, Camping World, on May 28 for the Indianapolis 500. The No. 9 Camping World Honda will roll out in full livery next Friday, May 26 for Carb Day at Indianapolis Motor Speedway (IMS).

About Camping World CEO Marcus Lemonis: Marcus Lemonis is an entrepreneur, investor, television personality, and chairman and CEO of Marcus Lemonis LLC as well as Camping World and Good Sam Enterprises. Camping World is the nation’s largest RV and outdoor retailer, and Good Sam is the world’s largest RV owner’s organization. Visit http://www.campingworld.com. Lemonis is known as the “business turnaround king” and host of CNBC’s prime time reality series, The Profit, in which he lends his expertise to struggling small businesses around the country and judges’ businesses based on a “Three P” principle: People, Process, and Product. The Profit returns with eight all-new episodes beginning Tuesday, June 6 at 10pm ET/PT. More about Marcus Lemonis can be found at http://www.marcuslemonis.com, Facebook https://www.facebook.com/marcus.lemonis and Twitter @MarcusLemonis.

Starting from the Pole: Scott Dixon will start this year’s Greatest Spectacle in Racing from the pole position for the third time in his career (2008, 2015) and his 26th career Verizon IndyCar Series pole and CGR’s fifth Indianapolis 500 pole. Dixon’s run for the pole was the fastest four-lap average at IMS since 1996 (21 years). Sunday’s race will mark Dixon’s 15th Indianapolis 500 start, his 276th scheduled start in Indy car racing and 213th consecutive start (second all-time behind his teammate Tony Kanaan). The pole is the 88th in Indy car racing for CGR.

About Scott Dixon: The four-time Series Champion (2003, 2008, 2013, 2015) and 2008 Indianapolis 500 winner returned to CGR in 2017 for his 16thseason – the longest tenure for a driver in team history (1990-Present). Dixon holds the distinction of being the winningest active Indy car driver with 40 victories and is currently ranked fourth on the all-time win list. In addition, he ranks second on the all-time list for most consecutive starts with 212 straight dating back to the 2004 race in Michigan. The New Zealander has 275 starts, producing 40 wins, 27 poles, and 92 podium finishes (2001-Present).

Scott Dixon, Driver, No. 9 Camping World Honda: “The Indianapolis 500 is the biggest motor race and the largest spectator sporting event in the world, and I’m very much looking forward to representing a new partner in Camping World this weekend and starting from the pole makes it even more special. I also know the show The Profit very well and am excited to work with Marcus and his team.”

Chip Ganassi, Owner, Chip Ganassi Racing: “After weeks of discussions, we’re proud to partner with Camping World, a brand that is the leader in its industry, and introduce them to our team’s Indy car operation. They have a tremendous sports marketing portfolio, which includes some common ground for us in NASCAR. Having Marcus and Camping World on board with us on the No. 9 car at Indianapolis is very exciting for everyone involved.”