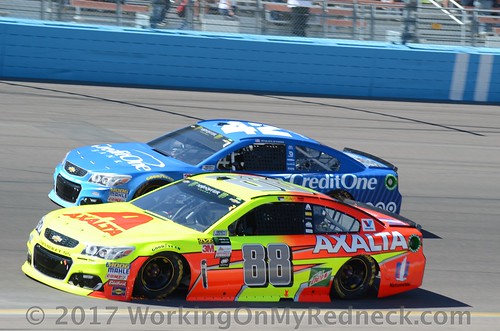 NASCAR today announced the addition of a fourth stage to the Coca-Cola 600 at Charlotte Motor Speedway, an update that will provide fans with yet another opportunity for a memorable moment in a season already filled with them. The four stages in the 400-lap race will be uniformly set at 100 laps apiece.

The Coca-Cola 600 has a storied legacy of history-making moments, from career-first victories for the likes of David Pearson and Jeff Gordon, to record-setting runs like Martin Truex Jr.’s breathtaking performance in last year’s edition.

And now, there’s a distinct possibility for more.

“The stage racing format is delivering more dramatic moments over an entire race, fueling tremendous racing action this season,” said Steve O’Donnell, NASCAR executive vice president and chief racing development officer. “With a fourth stage added to the Coca-Cola 600, the historic event will have another layer of strategy for teams, and even more excitement within the race for fans.”

“For 58 years, the Coca-Cola 600 has been a crown jewel on the NASCAR circuit because it presents unique challenges that don’t exist in any other race.  The distance is greater.  The test of endurance is greater.  The challenge of adjusting to the track surface from hot to cool puts more pressure on crew chiefs and pit crews,” said Marcus Smith, president and chief operating officer of Speedway Motorsports, Inc.  “It’s only fitting that teams have an opportunity to be rewarded for the extra effort required to win at the 600.  An additional stage win and that extra playoff point in May could be critical for playoff success in the fall.”

Coca-Cola 600 tickets for adults start at just $49 while kids 13 and under get in for $10. Tickets, camping and upgrades for every 10 Days of NASCAR Thunder event are available at the gates, by visiting charlottemotorspeedway.com/tickets or calling 1-800-455-FANS (3267).