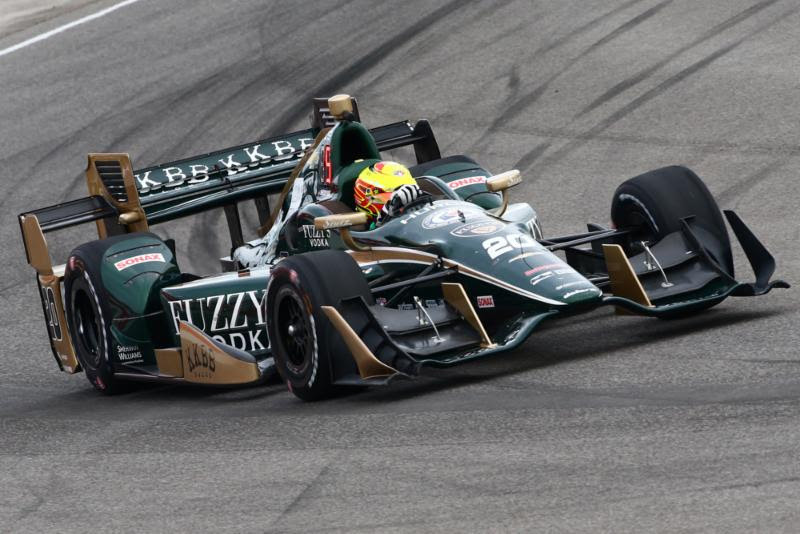 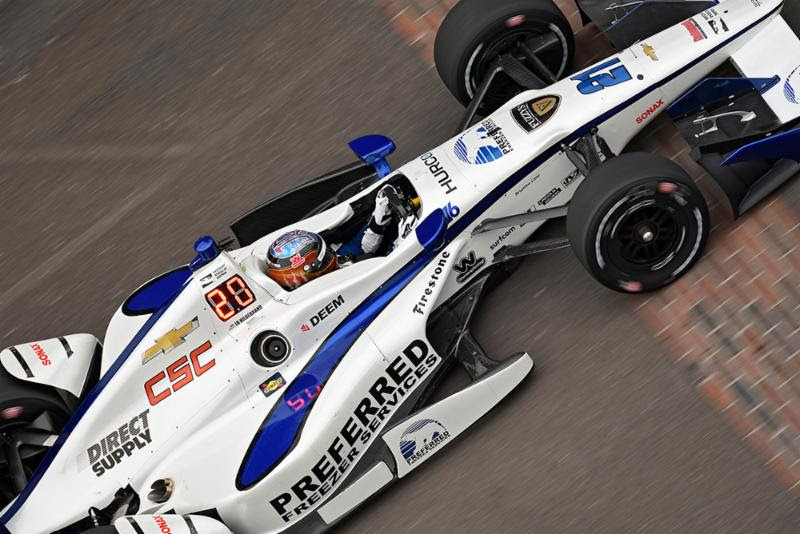 SPENCER PIGOT (No. 20 Fuzzy’s Ultra Premium Vodka Chevrolet), Finished 9th:  “It seemed yesterday we struggled when the track got hotter, but today we didn’t. We made some good changes overnight, after the warmup, and the car was really good. Our tires were one of the best out there and later on during the stints we could definitely catch a bunch of guys. It’s encouraging, but finishing 9th when we know we could have been better, we will try and show that the next time out.”

JR HILDEBRAND (No. 21 Preferred Freezer Services Chevrolet), Finished 14th: “Tough to have an actual race when you start at the back and don’t have cautions to help you out, but we made what we could of it. We started on blacks, which in the end was the right call. However, we lost quite a bit of track position to the cars on reds at the start, as there was a dramatic delta between the two types of Firestones. We fought back to the front from then on out. The Preferred Freezer Services guys made some good changes to the car – the last few stints the car was pretty good.”
TIL NEXT TIME, I AM STILL WORKING ON MY REDNECK!