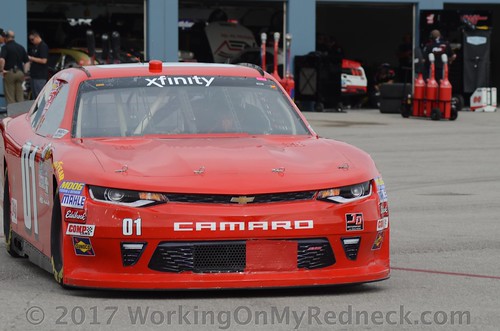 Rhodes started 29th and moved through the field steadily, but his progress was stalled near the end of the race when he was involved in a six-car crash, an accident that pushed the event into overtime.

“We had a pretty good car then got pulled into that wreck late,” Rhodes said. “We should have had a better finish, but we got in some good laps and had a respectable run.”

The series moves from a short track to its biggest oval, Talladega Superspeedway, for a May 6 race.