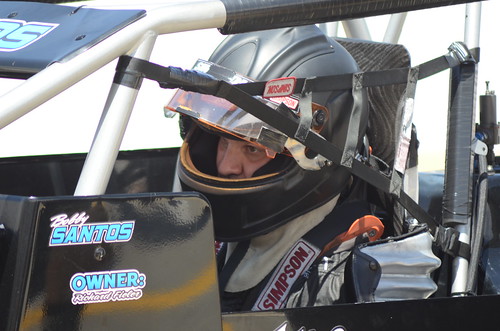 (photo courtesy Leon Hammack)
It had been eight years since the United States Auto Club competed at Phoenix Raceway.  Since then, the track has been slightly reconfigured, repaved and renovated.

On Saturday, to Bobby Santos, it was still the same Phoenix Raceway he knew and loved back in 2009 when he raced to a USAC National Midget victory at the one-mile tri-oval.

In his return, Santos used his experience and bravado to outduel David Byrne in a wild west shootout, racing past Byrne using a massive run off turn four, then fending off his comeback attempt off turn two a lap later to capture his seventh career USAC Silver Crown presented by TRAXXAS victory at the “Phoenix Copper Cup.”

Santos took the pole position for Saturday’s 100-mile event after recording the top speed in Friday’s ProSource Qualifying session.  And, right from the drop of the green flag, Santos put that speed on full display as he sprinted to the lead.

However, sixth-starting Tanner Swanson’s day came to an immediate end as he slowed to a stop just after taking the green.  After the restart, the man on the move was seventh-starting Byrne.  By lap 16, the Shullsburg, Wisconsin native had worked his way to fourth with an outside pass of Damion Gardner off turn four.  It took Byrne just three more laps to grab third, using the high line off four to take third from Justin Grant.

In rapid-fire succession, Byrne disposed of Kody Swanson on lap 20 after switching to the low-line, outpacing the two-time series champ exiting the fourth turn for the second position and, on lap 22, Byrne corralled Santos, beating him to the bottom in turn one to take the lead.

Meanwhile, Swanson and Grant were engaged in a torrid battle for third.  But, by lap 25, Grant, the USAC AMSOIL National Sprint Car point leader, was grinding the right side of his car into the baby blue-colored SAFER barrier, ending a solid run for the talented Ione, California driver.

Under the yellow, race control deemed that Byrne had jumped the previous restart, relegating him back to second in the running order behind Santos for the lap 31 restart.  Byrne wasted absolutely no time getting back to the front, snagging the top spot from Santos on lap 33 where he would remain for the next 60 laps.

Earlier in the afternoon, Chris Windom was announced as the new driver of the No. 2 regularly driven by Patrick Lawson.  Windom made heavy wall contact in Friday’s practice, sidelining his Gene Kazmark Racing No. 92 for the remainder of the weekend.

Windom would start at the tail of the 16-car field, but that didn’t faze the Canton, Illinois driver as he raced from the back to eighth by lap 39, when suddenly, his new ride went up in smoke, sending him to pit road and putting an end to his three-race win streak in the series as well as his run of 13-straight top-five Silver Crown finishes.

Byrne quickly distanced himself from Santos on the ensuing restart, but little-by-little, Santos erased most of the gap, shaving off a half-second of Byrne’s one-plus second lead prior to a yellow for Damion Gardner’s hard hit with the turn four wall caused by a broken right front wheel.

When action resumed with 31 laps remaining, Santos threw his first dart at Byrne.  Santos wrestled the lead away from Byrne with an inside move entering the first turn.  Byrne came right back at Santos, hitting the bottom of turn three to retake the position as a freight-train of Santos, K. Swanson, Aaron Pierce and Davey Hamilton followed.

Byrne took advantage of his newfound breathing room to distance himself from Santos on the restart with 18 laps to go.  But, yet again, all it took was a handful of laps and Santos was back in the game.  With 12 laps remaining, the gap was a mere single car-length as Santos continued to reel him in.

Santos repeatedly looked to the outside, peeking his nose to the right armguard of Byrne on laps 89 and 90 when he veered a little too high, into the marbles, which cost him valuable ground in the race for the win.

As had been the case all afternoon long, Santos struck back, using a high-low crossover off turn four on lap 92 to pull wheel-to-wheel with Byrne down the front straightaway.  Byrne was credited with the lead at the start/finish line, but the lead wasn’t long for this world as Santos outpaced Byrne into the first turn to capture the point.  Byrne fought back with all his might in turn three, but slid up off the bottom, allowing Santos to speed away.

A three-car breakaway of Santos, Byrne and K. Swanson ran nose-to-tail in the final laps with Santos continually using a big run off turn two to ward off all potential challengers.  Swanson relentlessly worked on Byrne for second, finding the outside groove to his liking as he sped around Byrne for second off turn two.

Swanson quickly charged at Santos, but the sand in the proverbial hourglass had run out, as Santos crossed under the double-checkered flags for his first series victory in nearly two years at Iowa Speedway, the last Silver Crown victory on pavement by a driver not named Kody or Tanner Swanson until Saturday at Phoenix.

The victory, though, was a homecoming of sorts for the Franklin, Massachusetts native who scored a victory the last time USAC visited Phoenix.  Despite the changes the track surface has undergone over the past several seasons, the story remained the same for the pavement hot shoe in his DJ Racing/Simpson Race Products/Beast/VDS Chevy.

“This track’s different, but in my opinion it still races like the old Phoenix, which I think definitely helped,” Santos believes.  “I have some experience here and I knew where I could take advantage and put myself in a position to be there at the end.”

Four separate yellow flag periods seemed to plague Santos throughout the 100-lap event, stalling his charge to the lead.  But, despite the setbacks, the past NASCAR Whelen Modified champion believes his timing was just right on this afternoon.

“I really believe it’s the timing to pass here that’s most important,” Santos said.  “With my experience, (turns) three and four are such important corners.  Making your speed there and getting it done down the front stretch has been my experience and I don’t feel that has changed.  My team put me in position to hold a champion off as well as an excellent racer like David.  I definitely had to work my butt off for this one.  David was wicked fast in the beginning and then Kody challenged us at the end.  There’s no time to sit down in the seat.  All three of us were pushing as hard as we could.”

Kingsburg, California’s Kody Swanson took second in his DePalma Motorsports/Radio Hospital – Hampshire Racing Engines/Beast/Hampshire.  Yet, despite taking over the point lead in the latest Silver Crown standings, the 2014 and 2015 series champ was looking for more.

“Because I race for points, people want to look at the points,” Swanson said.  “I feel something I’m good at is surviving long races.  After the (championship) heartbreak last year, my focus has been to win races when we can.  Not that I wasn’t before, but I really want to focus on that.  Today, even with the late yellows, I didn’t think I had anything for these guys.  As the race played out, suddenly I was in the hunt at the end.  We found something a little bit different, but it was too little, too late.  I’m a little disappointed in myself for not figuring it out soon enough.  Being here on the podium is a good day, but I would’ve liked for it to have gone a little longer and I’d have liked to have figured it out a little sooner.”

David Byrne led a race-high 69 laps in his Byrne Racing/Stoops Freightliner Truck Country – Bytec, Inc./Beast/J & D Performance machine.  Byrne was strong all day, but feels that without the late race cautions, the “Copper Cup” was his.

“I wish it would’ve gone green all the way,” lamented Byrne.  “We were real sporty there at the start, but to say I’m disappointed is an understatement. Every time a yellow came out, I’d lose grip in the center off.  They kept saying Bobby was closing there in the end, and the more I pushed, the more the right rear would chatter.  It just kind of slowed me up.  I couldn’t push any harder than I was.  In turns three and four, Bobby was better than me.  I was really good in turns one and two and they were better than me in three and four.  At the end, I just didn’t have it.” 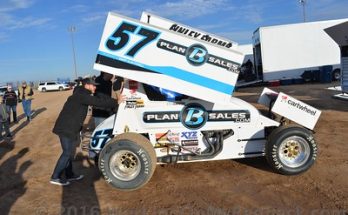 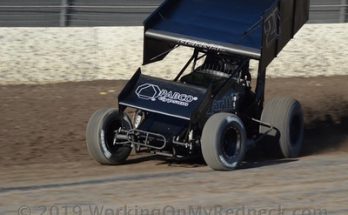