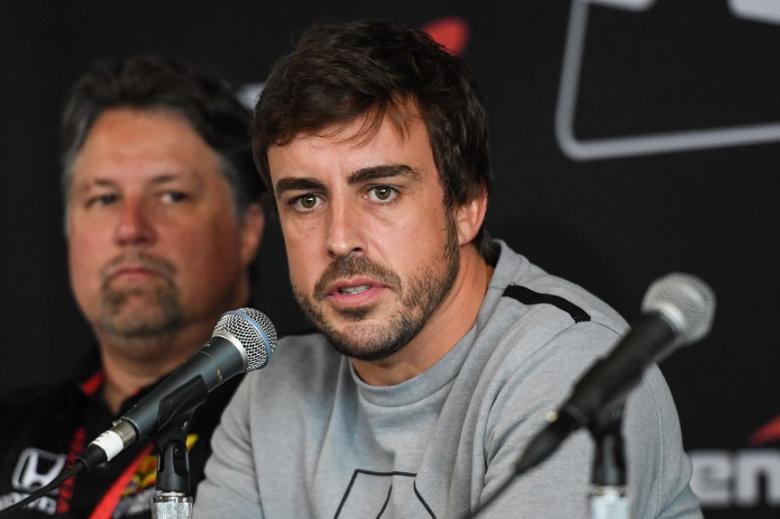 This year the world shattering news of Fernando Alonso making his Indy 500 debut is really still hard to grasp.  The collaboration of Alonso, McLaren, Honda and Andretti is just earth shaking, and could very well could be a possible winning combination!

Zak Brown, the bossman at McLaren, sees a future for McLaren in the Verizon IndyCar Series.  However he is uncertain when that time will be.

McLaren was a successful fixture at the Indianapolis 500 for the decade of the 1970’s. Peter Revson claimed the pole for the 1971 Indianapolis 500 and finished second. Team Penske and Mark Donohue started the winning Indy 500 tradition a year later with the famous M16 chassis. It was the first of what is now 16 wins for Team Penske in “The Greatest Spectacle in Racing,” but it came as a privateer effort and not an official McLaren team entry.

The team founded by racing icon Bruce McLaren finally captured the Borg-Warner Trophy in 1974 and again two years later, both times with Indy car legend Johnny Rutherford at the wheel. Electing to leave Indy car racing and focus on Formula One in 1979, a unique set of circumstances has brought McLaren back to Indianapolis Motor Speedway after nearly four decades away.

Not in the hunt for the Formula One championship this season with its McLaren-Honda entries, Brown, the executive director of McLaren Technology Group, and F1 driver Fernando Alonso joined with Honda for an extraordinary jump into the 101st Running of the Indianapolis 500 presented by PennGrade Motor Oil, electing to miss the Monaco Grand Prix on the same date, May 28. Honda’s partnership with McLaren and Andretti Autosport, which will prepare and field Alonso’s Indy 500 entry, made for a relatively seamless transition for the two-time Formula One champion.

Brown is hopeful that this year’s one-off appearance by McLaren in the Verizon IndyCar Series could be just the beginning.

“I would like to see McLaren-Honda competing in Indianapolis every year,” Brown said during a news conference Sunday at Barber Motorsports Park when Alonso made his first visit to a Verizon IndyCar Series event, the Honda Indy Grand Prix of Alabama presented by America’s First.

“Originally, this was an idea that I thought we could pursue in 2018,” Brown added. “Given the circumstances of how we are running in Formula One right now, and given Fernando’s desire and Honda’s desire to win together, this created a very, very small window of opportunity that we jumped on.”

New to McLaren this year, Brown has deep ties to motorsports. A former racer himself, Brown founded what was Just Marketing International in suburban Indianapolis and catered to clients in INDYCAR, Formula One and NASCAR. Acquired by CSM Sports & Entertainment in 2013, it is regarded as the world’s largest motorsports marketing agency.

The deal to put Alonso in an Indy 500 car came soon after Brown, 45, accepted his new position at McLaren in November. Alonso expressed his burning desire to one day compete in the great race. Brown contacted Mark Miles, CEO of Hulman & Company, the parent of INDYCAR and Indianapolis Motor Speedway, to see if any Honda seats were open.

Miles contacted Michael Andretti, CEO of Andretti Autosport. After Stefan Wilson magnanimously agreed to step out of a ride he had secured with Andretti but had not yet been announced, things moved rapidly to put Alonso and McLaren in place.

Brown brought on 2003 Indianapolis 500 winner and two-time Indy car season champion Gil de Ferran – who has a long history with Honda – to serve as Alonso’s driver coach as the 35-year-old Spaniard gets up to speed. Brown understands well McLaren’s legacy in all forms of motorsports and would like nothing better than to see the marque back in Indy car racing fulltime.

With all the hoopla going on with Alonso, Honda, McLaren and Andretti Autosport, it will be quite surprising if McLaren doesn’t jump back into Verizon IndyCar racing in the relatively near future.  I am sure that the business/sponsorship/money side of the deal will dictate just how quickly that McLaren is able to startup their IndyCar operations.

Pagenaud Finishes Off Tenure With A Fifth At LB 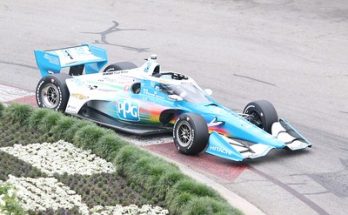