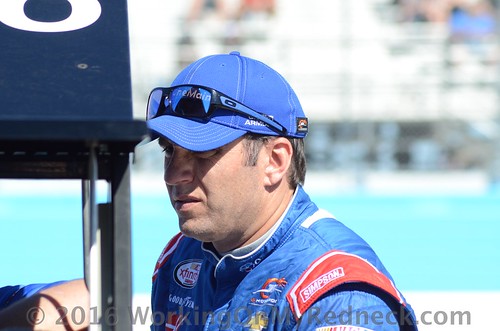 As NASCAR and the Xfinity Series returns from the Easter hiatus, the series is headed this week to The Last Colosseum, aka the Bristol Motor Speedway.  Here are a few interesting early season Elliott Sadler facts.

• Bristol Motor Speedway is one of two tracks (also Talladega) in which Sadler has multiple wins. He visited Victory Lane at BMS in 1998 and 2012.

• In addition to his wins, the Virginia native has six top five finishes, nine top-10 finishes and one pole award in 20 starts at BMS.

• Sadler was one of four drivers to qualify for the first Xfinity Dash 4 Cash event of the season at Phoenix. The No. 1 team ultimately finished the D4C event in third and fifth in the race itself.