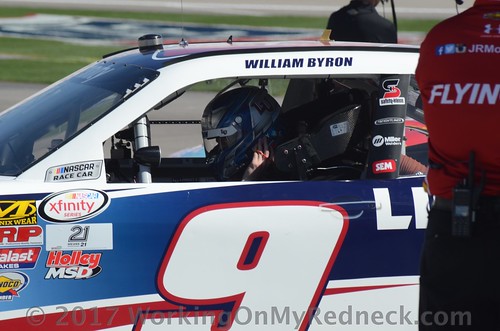 The Hendrick Motorsports phenom, who is driving the No. 9 JR Motorsports Chevy this year, will have his hands full at Bristol this weekend.  Byron only has two starts on this race track, therefore his learning curve will be extremely steep! Notwithstanding that small fact, Byron continues to show everyone that he has “the right stuff”!

• Byron was one of four drivers to qualify for the first Dash 4 Cash race of the season at Phoenix last month, finishing fourth in the 200-lap event and runner-up for the D4C prize.